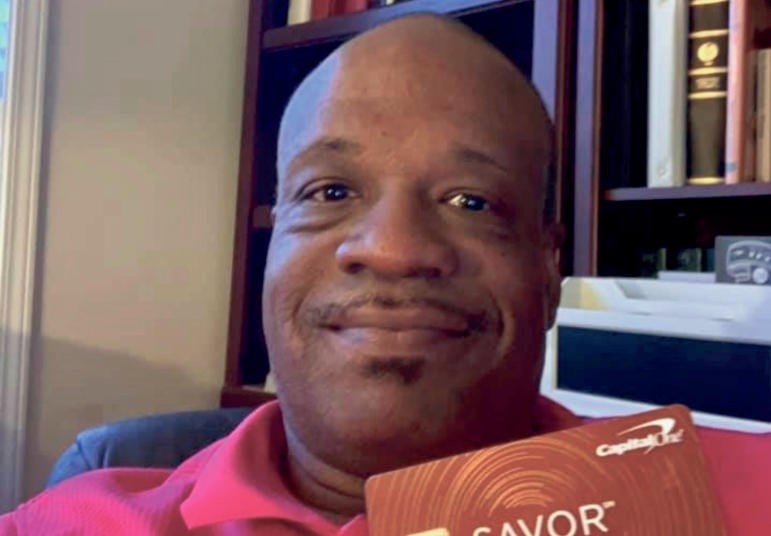 GREENVILLE, S.C. (AP) – As the pandemic hit, Pastor Ennis Fant, like thousands of his fellow clergy, worried it would be the end of his church.

“We always operate on thin margins, any little snag would be cataclysmic,” said Fant, who leads a small Powdersville Baptist church.

But he found, as have most churches, that fears of an apocalyptic year were unfounded.

At the start of the pandemic, the predictions were dire: Churches, already on narrow budgets, would soon collapse in large numbers.

Yet as the collections were counted, a surprising thing happened: Many churches themselves were above average and larger denominational groups were slightly down but way better than expectations.

The United Methodist Church in South Carolina is down a few percentage points in the latest figures released in January, far better than expectations.

The Southern Baptist Convention, a national group, had early on anticipated it could fall short of its budget by 20%. When its fiscal year ended in September, it was down only 2%.

“I personally never sweated it,” said the Rev. Ronnie Floyd, president and CEO of the Southern Baptist Convention Executive Committee, in an interview with The Greenville News and Independent Mail.

“Churches, who had no reputation for innovation, learned how to innovate overnight from the smallest to the biggest,” Floyd said. “They had no choice. It was either that or go off the map, the only way was technology.” For Fant, who is also a Greenville County Council member, and for many other pastors, it has been even better financially than staying flat or seeing less-than-feared dips.

Far from the collapse Fant feared, his church is now getting 30% to 40% more donations than it did last year, he said.

Fant went into a rapid-fire recitation of various online giving platforms, he’d never used them before and in less than a year the handful of platforms have become the church’s financial lifeline. Not only sustaining the church but allowing it to give more.

Defying the expectations, for Fant and pastors around the country, has been driven largely by technology, as Floyd has seen on the national scale.

In churches across the country, the fear of collapse was real in March, he said.

At the beginning of March, 99% of churches were meeting in person. It was down to 7% by the end of the month, he said.

Surveys of churches prior to the pandemic showed that most had little or no savings and in 2018 less than half of the churches had any sort of online giving option.

Without significant savings and without a way to even collect offerings, it was not looking good for many churches.

That had to change fast and it did, said McConnell.

For every church that had online giving and online services before the pandemic, there are now two, he said. The new tech has a few big advantages: Automatic withdrawals mean less uncertainty for churches because if someone doesn’t attend for a week, the donations are still made. And it allows people to donate from far away, as Fant has found.

There is another, big, reason churches haven’t broadly collapsed. It starts with the people.

At the small Freedom Baptist Ministries church in Anderson, Pastor Tony Tilley has seen his tithes rise. He had expected the opposite but has been surprised to see a giving increase.

It’s a generosity driven both by greater needs in the community and because many people have more money this year, if they haven’t lost a job, he said.

When it comes to finances, giving in his church of about 130 people has gone significantly up, about 25% more than a year ago, Boyce said.

The Rev. Josh Hunt, the pastor at First Baptist of Anderson, leads a church that already did most of the online options.

His church had already been quite digital but he too was surprised to see people giving more, it has allowed the church to continue its local ministry, which has grown as mission trips farther away were put off in favor of more local efforts.

Pastor Russell Drake, of Sanctuary of Praise in Anderson, said his church has given more and the church has even been able to go forward with capital projects like a parking lot improvement as well as sustaining their mission work.

He credits the giving platforms and especially the people in his church. Rabbi Yossi Liebowitz, of Temple B’nai Israel in Spartanburg, said there has been more demand for charitable causes like the food pantry his temple helps to support.

“They’ve dug deeper into their pockets, aware as they are of what goes on,” he said.

Giving may be slightly down but expenses, with the exception of food pantries and the like, have also gone down, Liebowitz said.

“We’re as poor or as solvent as we’ve always been,” he said. “We find ways to keep going.” FINANCIAL COLLAPSE

More than a dozen churches, worship houses, and religious associations in the Upstate spoke to The Greenville News and Independent Mail for this story and none reported significant declines in giving.

It’s not clear how many churches in South Carolina, or the nation, have closed this year due to pandemic effects and it may not be known for years.

LifeWay is finishing up research into how many churches closed in 2019. The number is usually around 1% of churches and it was around 1% during the 2009 financial collapse too, said McConnell, from LifeWay.

“My guess would be two to three times the typical number,” he said. That’s significant but much better than the concern early in the pandemic, when many experts expected ten times as much, as the Southern Baptist Convention had once anticipated.

Technology and generosity are two big factors driving the expectationsdefying collections but there are other reasons too, said McConnell, the LifeWay researcher.

He said churches, as often happens, reflect what is happening in the country.

“Some had a fantastic year financially and some lost a lot and a lot of people are in the middle and the same is true of churches,” McConnell said.

About 8% of churches saw a drop of 25% or more in their donations, according to a survey he helped to run that was released in late 2020. In March, almost a third of churches were down 50%, so the numbers show that giving has largely recovered for most churches, McConnell said.

That said, there are still hundreds and thousands of struggling churches and those tend to be smaller churches, he said.

The closures in the months and years to come may not be directly tied to the pandemic because many churches can hang on for years with few members as long as the building is paid off, McConnell said.

But when the HVAC goes, or the roof leaks, on top of the pandemic challenges, the church will not be able to survive, McConnell said.

Stimulus checks were another key big factor, giving churches quick cash, vital to stay afloat in the early times, and that was followed by federal grants that many churches sought, he said.

The best financial year for churches in recent history was likely 2018, when wages were rising and the effects of a recession, which often lag for churches a year or more behind the general economy, were in the past, McConnell said.

It’s hard to say what will happen down the road but for Fant, the Powdersville pastor sees a bright future for his church.

Possibly brighter than it was a year ago.

Now he has an audience, while not huge, it is spread out far beyond driving distance.

There are more phone calls, more juggling of cameras during services, and more concerns about his health and that of his congregation.

But there is one thing – the finances of his church – that the pandemic has not hurt.