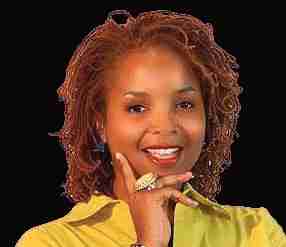 George Santayana, the Spanish philosopher and essayist, famously wrote that “Those who cannot remember the past are condemned to repeat it.” It is a frequently-invoked phrase, especially by historians. By extension, it is also painful for historians, who understand the past and its patterns, to watch as the conditions which created injustices and their tragic consequences in the past are allowed to happen again.

Once again, Florida leads the nation in recreating all manner of past discrimination today. Gov. Ron DeSantis’s animosity towards social justice, equity, and inclusion has been on full display since he took ofﬁce in 2019. He has been a keen student of the White racial animus stoked by Donald Trump and the rewards that it yielded for him, catapulting him to the White House in 2016 and allowing Trump to cement his hold on the Republican Party. DeSantis, with clear ambitions for the presidency himself, has applied this lesson in Florida, where a strong Republican base has proven receptive to the racial anxiety he stokes.

The litany of unjust and likely unconstitutional laws requested by DeSantis and happily passed by the Republican-dominated Legislature reads like a classic edition of the White supremacist playbook from the ﬁnal days of Reconstruction in the 1870s.

Don’t want to be bothered by people in the streets exercising their First Amendment right to protest against police violence and racial injustice? Sign an anti-protest bill that criminalizes such behavior and encourages vehicular homicide against those who still dare to take a collective stand. Tired of hearing about the damning, generational effects of institutional and systemic racism? Are the lessons about slavery and Jim Crow your children are learning in school making them sad as they develop empathy toward the unjust suffering of others? No problem! We have a ban for that, in the form of the Stop Wrongs Against Our Kids and Employees (Stop WOKE) law, which limits diversity, equity, and inclusion training in the workplace, and has opened the door to senseless censorship and the criminalization of basic, factual lessons in Black history in our schools. Does the possibility that your son or daughter may have queer classmates, classmates with queer parents, or might be queer themselves make you uncomfortable? How about we pass a law that bans the simple acknowledgement of queer or nonbinary as categories of existence?

See the opportunity to roll back Black electoral representation in your state? You can veto the sanctioned bipartisan reapportionment maps provided by the people’s representatives, provide them with one of your own that reduces Black representation by 50%, and strongarm that body into passing it. No sweat!

Unfortunately, we’ve seen this before. After Emancipation in 1865, the incorporation of Black people into the nation’s body politic by the 14th and 15th Amendments sparked repeated, bloody confrontations throughout the South and in Florida. On the one side were Whites who wanted to maintain their dominant position in society and government, and on the other Blacks who were determined to exercise their newly-granted rights as citizens.

In Jackson County, nearly 200 people were killed between 1868 and 1871 in the ﬁghting between Black and White men for control of the government. By the 1870s, White allies in the Republican Party and in the North (then the primary supporters of Black rights) grew tired of the confrontations and were willing to allow White Democrats to have their way with the Black populace in the region. A backroom bargain made after the contested presidential election of 1876 set the stage for a momentous agreement: the Republican candidate Rutherford B. Hayes would assume the presidency if he would agree to remove federal troops from the South once in ofﬁce. Southern Whites sought to return Southern Blacks to a position as close to slavery as possible. The Whites called it Redemption, and embraced the opportunity to ﬁrmly and forcefully reestablish their political and social domination.Those troops had been the main source of any semblance of protection for Black Southerners.

The results of Redemption were devastating and lasted for over a century. Without adequate protection at the polls, Black men could not effectively vote. Since Black men could not participate in government, they could not block the flood of legislation that stripped away their ability to vote or participate in the economy or society in any meaningful, self-determined, or empowered way. For example, after Josiah T. Walls left the US House of Representatives in 1877, Florida would not elect another Black legislator to that body until 1992, a gap of 115 years. Because they could not vote for the police or sheriffs, Black people’s bodies and rights were routinely abused by police forces. Because they had no role in the distribution of tax dollars, they were given the crumbs that White elected ofﬁcials were convinced that they deserved because of their inferior social status. The list of injustices go on and on.

It took a Second Reconstruction, more commonly known as the Civil Rights Movement, to repair the damage wrought by the White Redemption of Florida, and blood from martyrs Harry T. and Harriette T. Moore, assassinated in Mims, Fla., in 1951, and the murder of the Rev. Dr. Martin Luther King Jr., in Memphis, Tenn., in 1968, among others too numerous to list here, to return the nation to the position it abandoned during the establishment of Black citizenship in the 1870s. Their lives and the struggle of so many others created the promise and progress currently enjoyed not only by Black Americans, but women, people of color, LGBTQ+, and other historically marginalized citizens over the course of the past 60 years.

A signiﬁcant regression of civil rights has been accomplished in Florida by the administration of DeSantis and his Republican collaborators in the legislature. The policy of White Fundamentalist Christian Supremacy and political violence they have enshrined in the state law may be compounded by the strategic placement of conservative judges at the state and federal level. Without signiﬁcant, immediate mobilization by the communities that want to see equity and justice, the struggle for civil rights in Florida will experience setbacks that will last generations. 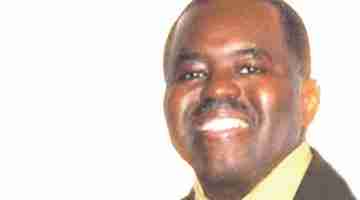