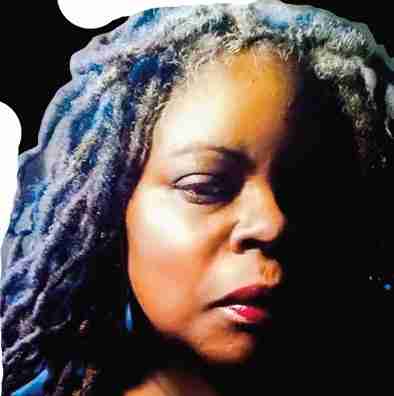 Last month, my family and I celebrated 17 years of living in the beautiful state of Florida. We made the move from Detroit to Tampa approximately one year after the birth of my last child.

We were in Florida for less than a week when Hurricane Katrina tapped Tampa Bay on the shoulder. The wind and rain of a hurricane are not something to dismiss. But my native neighbors assured me it was nothing to be frightened about.

I ended up locking myself in a bedroom out of fear. I had never experienced that level of torrential rain and tornado-like wind.

Alter 17 years, I have become an old pro at this Florida weather. Now I tell newcomers that tropical storms and tail ends of hurricanes are nothing but wind and rain.

Yet this time around, Hurricane Ian is making me a little nervous. As I prepare for Ian, I am bombarded by other disconcerting thoughts.

For instance, who knew that the Welfare Queen of the Century award would go to NFL Hall of Famer Brett Favre?

Favre, who according to Forbes is worth $110 million, and earns $20 million a year from hosting a sports show on Sirius XM, is at the center of a welfare scheme that has ensnared the state of Mississippi, and reveals how White supremacy has purposely kept Black Mississippians poor and underserved since the ﬁrst African was dragged kicking and screaming onto its Biloxi shores in 1719.

Favre, along with former Mississippi Gov. Phil Bryant, former welfare agency director John Davis, and nonproﬁt CFO Nancy New, conspired to steal $6 million from the Mississippi Department of Human Services to build a volleyball stadium for the University of Southern Mississippi – the college Favre’s daughter attended. But that is not all.

The Mississippi Department of Human Services has misappropriated an additional $94 million, of which not a single dime was distributed to Mississippi’s poor, but instead went at the whim of whomever requested it. Forensic audits have revealed that some of those funds were disbursed for items such as dinners and parking tickets of government ofﬁcials. For years Favre has been asked if he knew that welfare funds were used to build the university stadium. Favre denied it. However, text messages prove otherwise.

So the next time you hear a politician pointing ﬁngers at those on public assistance and making false claims that the poor are somehow draining the system by swiping an EBT card at the grocery store to purchase shrimp, steak, and crab legs, reply with two words: Brett Favre. The TRUE Welfare Queen.

This is Paris Fashion Week for the Spring / Summer 2023 collection. World-class designers such as Saint Laurent, Chanel, Moschino, Dior and Louis Vuitton will be showcasing their best creations in haute couture.

Dolce & Gabbana added a special twist to their runway show by including Kim Kardashian as a muse of sorts. Kardashian was tasked with picking the best Dolce & Gabbana designs from the mid ’90s to 2000, and then along with Domenico Dolce and Stefano Gabbana, rework the classic designs for a new look. The question doing somersaults in my head is: So Dolce & Gabbana had designers’ block and called Kardashian of all people for assistance? The same person who said that she might “eat poop every single day” if it meant she would look younger?

The Kardashian sisters, Kourtney, Kim, Khloe, Kendall and Kylie, have more than a billion social media followers combined. With that type of reach, it is not a stretch to imagine why Domenico and Stefano chose to work with Kardashian on their “Ciao, Kim” Spring / Summer 2023 collection.

Let’s hope the collaboration brings the revenue they anticipate, because the only person on top of that throuple is Kim. Do we really believe she designed anything that sashayed down the Dolce & Gabbana runway?

No. But the collaboration helps to legitimatize Kardashian’s quest to be famous on the merits of something other than a sex tape, a reality TV series, failed marriages and Ye. Will it work? Time will reveal, as DeBarge once sang.

Next post In the outpouring of grief for the queen, no tears for the Man in the Hole