Vote to promote diversity in our judiciary 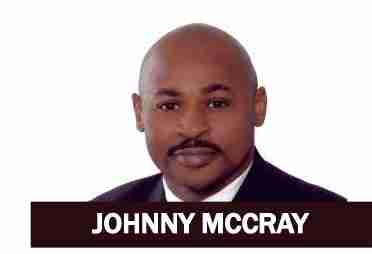 The upcoming judicial elections are very important to Broward County in general and the Black community in particular. To state the obvious, there is a woeful lack of diversity in the Broward state judiciary. This fact is especially noticeable given that nearly 29 percent of Broward’s population is black, but only six of 90 judges (6.6 percent) are black.

Civil rights groups, the Florida Bar, voluntary Bar groups, and court watchers admit the lack of minority judges threat- ens to undermine confidence in the fairness of the judicial system and could lead to unfair rulings. When we do not have a diverse judiciary, the legitimacy of the legal system is undermined; studies have shown that more diverse juries lead to fairer results, and it’s the same with judges.

Veteran Broward County Court Judge Mary Rudd Robinson, one of the six black judges and one of two black women judges, will step down after a distinguished 27-year career at the end of this year. There are two black candidates running for county court judicial seats, Ian Richards and Florence Taylor Barner, Groups 3 and 7, respectively.

Voting judges to the bench seems to be the only viable option for achieving diversity. Under the Florida Constitution, the governor has the sole power to fill judicial vacancies by appointment until the next general election. Governor Rick Scott has made clear his lack of interest in promoting diversity. Since becoming governor more than five years ago, Governor Rick Scott has appointed only one black to Broward’s bench, former prosecutor Kal Evans in 2014. Evans won re- election to the bench in the recent August primary. Black voters must exercise their right to vote in this year’s judicial election as we are presented a prime opportunity to step up to the plate and hit a diversity home run.

Does diversity in the judiciary really matter? I do not believe anyone can seriously question that the life experiences of people differ, and that those differences impact individuals’ views and perceptions. Adults of both sexes, Caucasians and minorities, do not always view the world similarly. This basic premise shapes the increasing body of law protecting individuals’ fundamental right to a true jury of their peers.

On a daily basis judges apply the law to the facts or real life experiences of those appearing before them. It is only logical that a judge’s unique life experiences may color his or her perceptions of those facts. Since a greater number of cases are decided by judges rather than juries, it is just as critical to ensure that the state’s judiciary reflects the population it serves.

A diverse bench affords the public a belief that they are included in the justice system. There is value in seeing someone who looks like you on the bench. It is the actual quality of justice that suffers when judicial diversity is lacking. Although we know this intuitively, empirical studies have also confirmed that diverse judges decide certain types of cases differently than their white male colleagues and that minority and female judges on appellate benches can also influence the decisions of their colleagues and improve the collective decision-making process.

In short, diversity in the judiciary is essential because it provides equal opportunity to underrepresented groups, presents role models to inspire our youth, promotes confidence in our justice system and, most importantly, enhances justice. Broward County’s demographics are changing, and the judiciary must keep pace or risk undermining the public’s confidence in our justice system and respect for the rule of law. A more diverse judiciary would not undermine the quality of our judges, but would serve to deliver inclusive justice. We must vote to promote an in- crease in diversity on the bench.