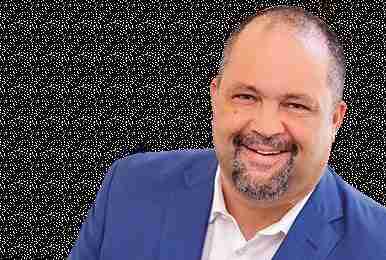 A lot of good news came out of this month’s elections—and enough bad news to remind us that we can never let our guard down when freedom and democracy are at stake. This year, democracy itself was on the ballot, and voters made an important down payment on its future.

In 2020, Americans voted not to give President Donald Trump a second term. He wasn’t willing to accept his loss, and tried to overturn the election. The anger he fostered with lies about election fraud let to a violent attempt to stop Congress from afﬁrming Joe Biden’s victory.

What did that have to do with this year’s elections? Trump tried to get his people in power as governors and secretaries of state so they could pull off in 2024 what they were not able to do in 2020.

Voters weren’t having it. The “Red Wave” that Trump was counting on was blocked. Most of the secretary of state candidates running on Trump’s election lies were defeated, which means that important guardrails against future assaults on our democracy remain in place.

To further resist the threat of authoritarianism, we must lift up young leaders who will be democracy’s champions for this and future generations. People For the American Way’s Young Elected Ofﬁcials Network is celebrating the election of young leaders as new members of Congress from across the country: Greg Casar from Austin, Texas; Emilia Sykes from Akron, Ohio; Maxwell Frost from Orlando, Fla.; Summer Lee from Braddock, Pa.; Robert Garcia from Long Beach, Calif.; Sydney Kamlager from Los Angeles, Calif; and Jasmine Crockett from Dallas, Texas. Dozens more were elected to local and state ofﬁces, building a crucial leadership pipeline.

What has gotten less attention is the exciting news about who will replace Fetterman as lieutenant governor: state Rep. Austin Davis, an impressive young Black man who has devoted his life to community and public service since he was a teenager.

There were other bright spots. Democrats will hold a majority in the Senate, so Republicans will not be able to stop President Biden from building on his excellent record of naming brilliant federal judges who are committed to justice for all. Voters in Los Angeles elected Karen Bass as mayor and dumped Sheriff Alex Villanueva, notorious for overseeing an abusive department. Voters in several states protected access to abortion. Far-right attempts to build a national “Red Wave” with racist fearmongering about crime and bigoted smears of transgender people didn’t work, though they did enough damage to keep some good people out of ofﬁce.

One bit of bad news came with the narrow victory of Kris Kobach as Kansas attorney general. Kobach made a name for himself with attacks on immigrants and relentless attempts to restrict voting. Voters previously rejected his bids for governor and Senate, but, sadly, he’s back.

So is Trump, who ofﬁcially launched his campaign to get back into the White House just a week after voters said “no thanks” to his most high-proﬁle allies. It’s a reminder that in politics, no victory is ﬁnal. The struggle is never over. In fact, even this election isn’t over, as Georgia voters must return to the polls for a crucial runoff between Sen. Raphael Warnock and Trump’s candidate Herschel Walker.

Citizenship is a responsibility that requires constant recommitment. On that front, I’d like to share a bit of exciting personal news. Next year, I will continue my advocacy for a more just and sustainable world in a new role as executive director of the Sierra Club, the nation’s most influential grassroots environmental group. I am delighted that my successor as president of People For the American Way will be Svante Myrick, who is just the kind of young leader our nation needs. He was elected to the city council of Ithaca, NY, while still a student, and at age 24, he became the city’s ﬁrst Black mayor and the youngest mayor in the state. He was reelected twice by huge margins, and now he’s bringing his leadership and passion for defending democracy to the national level.

Much to be grateful for. Happy Thanksgiving, everyone.

For the American Way and Professor of the

Practice at the University of Pennsylvania.

Next post Gates Foundation pledges $7B for health, farming in Africa