We’re not letting anybody steal our joy 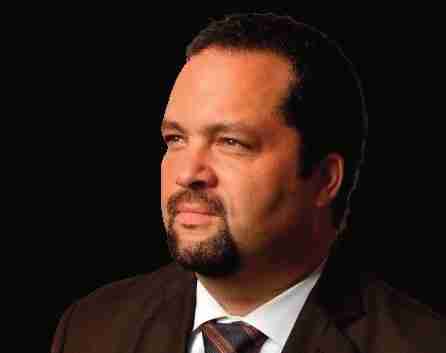 But joy was in the air on the opening day of the conﬁrmation hearing for Supreme Court nominee Judge Ketanji Brown Jackson. Joy was in my heart and in the hearts of so many friends and colleagues who were in the room that day.

Why were we feeling joyful?

We were joyful because this brilliant judge is about to become the ﬁrst Black woman ever to serve on this country’s highest court.

We were joyful because we could feel the love and pride from Judge Jackson’s parents, brother, husband, and daughters.

As a father, I was joyful because my Black daughter can look to a new role model. She has a new reason to believe that her dreams, talents, and hard work can take her wherever she wants to go.

All of that happened. And none of it broke Judge Jackson’s spirit or calm professionalism.

In the face of smears and false accusations, she gracefully explained the truth about her record and her commitment to applying the law fairly.

She showed Americans a strength grounded in faith. She demonstrated a self-conﬁdence built over years of perseverance and accomplishment.

She spoke about her love for our country and for the Constitution.

We live at a time when the Court is dominated by judges who do not share a commitment to justice for all. We live at a time when white nationalism and bigotry are openly promoted by powerful politicians and pundits. Judge Jackson’s nomination gave us a reason for renewed hope that our country can and will continue to make progress toward the ideal of equal justice under law and equal opportunity for all Americans.

It was also a reminder that millions of Americans played a part in making this moment possible.

Millions of us voted to replace former President Donald Trump with President Joe Biden, who made a commitment to putting a Black woman on the Supreme Court.

Millions of us contributed to the effort to elect Sens. Raphael Warnock and Jon Ossoff in runoff elections in Georgia. Those elections kept Republicans from controlling the U.S. Senate. They kept Sen. Mitch McConnell from being able to abuse his power to prevent President Biden’s nominees from even getting a vote, as he did so often with President Obama’s judicial nominees.

All of us who donated time and money, knocked on doors, made phone calls or sent texts to potential voters, and who cast our ballots—we all helped bring about that joyful morning on Capitol Hill. And we can all look forward to celebrating when she is sworn in as Justice Ketanji Brown Jackson.

Ben Jealous serves as president of People For the American Way and Professor of the Practice in the Africana Studies Department at the University of Pennsylvania where he teaches leadership. Jealous has decades of experience as a leader, coalition builder, campaigner for social justice and seasoned nonproﬁt executive. In 2008, he was chosen as the youngest-ever president and CEO of the NAACP. He is a graduate of Columbia University and Oxford, where he was a Rhodes Scholar, and he has taught at Princeton and the University of Pennsylvania.

Next post Where is there peace when so much war?