Will Biden place a Black woman on the Supreme Court? 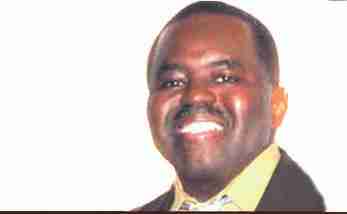 Will President Joe Biden be a man of his word and appoint an African American/Black women to the Supreme Court? Black women have been the backbone of the Democratic Party, and they represent the largest percentage of a voting bloc in the country. No other voting category is more dedicated, consistent, works harder, more committed, and deserving, than Black women. In some elections Black women make up over 90% as a voting bloc in the Party.

“I’ve made no decision except (the) person I will nominate will be someone with extraordinary qualiﬁcations, character, experience and integrity. And that person will be the ﬁrst Black women ever nominated to the United States Supreme Court,” said President Biden in an address from the White House.

This is a great historical announcement and decision, but somewhere there is always politics. Justice Breyer 83, has been under pressure from liberals to retire, so a lifetime Democratic seat can be picked by President Biden, before the mid-term elections.

Many political pundits think the Democrats will lose their majority in the Senate after the mid-term elections. At this point the Supreme Court is controlled by conservatives, and under the power of the Republicans. The Supreme Court in theory is not supposed to be political, but in reality it is.

Ex-President Trump fundamentally changed the political ideology and decision making of the Supreme Court for one or two decades by seating three new justices. The Republicans play to win and the last justice was put on the court in 30 days from nomination, conﬁrmation, and being seated. Sen. Chuck Schumer, then the Senate minority leader called the Republican process, “As the most illegitimate process, I have ever witnessed in the Senate.” Ex-President Trump nominated Justice Amy Coney Barrett on Sept. 26, 2020 to replace Justice Ruth Bader Ginsburg after she died on Sept. 18, 2020. It took 30 days for Justice Barrett to be conﬁrmed, and it did not matter what the Democrats did or said, the Republicans pushed the nomination through.

It is now 2022, and no one is sure that the Democrats will stay united and push President Biden’s choice through, from beginning to the end. Rep. Jim Clyburn made a deal with President Biden, when his primary was on life support in South Carolina. If Biden agreed to nominate a Black woman for the Supreme Court, Rep. Clyburn would endorse him, and help him become president.

Rep. Clyburn was the kingmaker for Biden in South Carolina, and other states like Georgia, Michigan and Pennsylvania. Not only did Biden win, but Clyburn got the women to come out, like never before. In many of these states Black women represented 35% of Biden’s support. There were many reasons Biden won, but without Clyburn, the president would have lost.

There was no accident when Biden picked a woman of color as the ﬁrst female vice-president of the United States, Kamala Harris. Deals are always made in American politics, and they are sometimes not publicly announced.

President Biden understands the emergence of the power of Black women, and now he is ready to make history again by nominating the ﬁrst Black woman to the highest court in the land. President Biden and Rep. Clyburn made a deal, and the president is a man of his word.

The president owes Black voters, and especially women, a debt from the primaries. Reparations are still on the table, and many Blacks still want their check from America, and will not accept “Insufﬁcient Funds.”