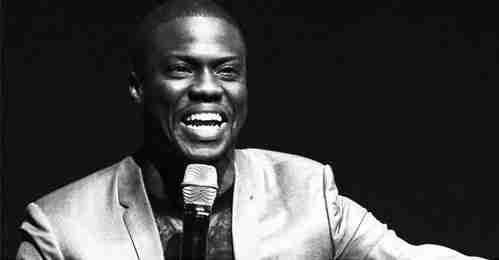 NEW YORK — No joke! Comedy Central is leaping off the screen this summer with a comedy cavalcade in the heart of San Francisco.

Dubbed the Colossal Clusterfest, this three- day event will team Comedy Central with Superfly, the company known for staging such live shindigs as Bonnaroo and Outside Lands.

Set for June 2-4, the Clusterfest will feature what’s described as a “jam-packed, multi-format festival experience” covering a wide spectrum of the comedy genre (standup, sketch, podcast, digital) as well as comedy- themed music and food, the co-producers announced.

“Comedy Central has been involved with different comedy festivals along the way, but in a more limited capacity,” said network president Kent Alterman in an interview. “This time, we wanted to create a comedy-driven event that allows us to connect directly with our fans.”

In contrast to other comedy festivals, which he said are typically scheduled in “disparate kinds of venues at disparate locations, we will offer a centralized communal experience.”

That centralized location is the San Francisco Civic Center Plaza and Bill Graham Civic Auditorium, where laughs will be ignited from five indoor and outdoor stages.

“The single site will really lend itself to discovery,” said Superfly co-founder Jonathan Mayers. “You may be coming for Jerry or Kevin, but you’re bound to stumble on other, emerging talent.”

Mayers identified his company’s core mission as “bringing people together around their common interest.”

Giving comedy enthusiasts the sort of live event Superfly has long provided music lovers makes sense, he said, considering comedy’s primacy in the culture today. And San Francisco is an ideal location for comedy lovers, he added, with its longstanding creative counter-culture and a comic legacy extending from such pioneers as Mort Sahl and Lenny Bruce through Robin Williams and current standups like Ali Wong.

Along with live comedy performances, the Clusterfest will bring to life some favorite comedy series including “South Park,” ”Seinfeld” and “It’s Always Sunny in Philadelphia.”

“We will re-create signature sets, have themed food and drink, and feature appearances by cast members,” Alterman said. For “Seinfeld” fans, he promises “the world’s largest Festivus celebration and a smorgasbord of classic foods from “Monk’s Cafe” and “The Soup Nazi.”

Prices for the three-day event range from $199 to $250, with VIP tickets (providing special viewing areas and other benefits) priced at $600. Tickets went on sale last week at clusterfest.com.

But for those who can’t make it in person, Comedy Central plans a live 90-minute special to be aired June 4.