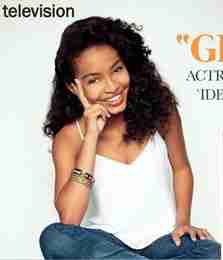 LOS ANGELES (AP) – Yara Shahidi brought the crowd to its feet at the GLSEN Respect Awards as she warned against an “identity blind narrative” in the struggle for acceptance of all.

“We should all feel deserved and supported in expressing our right to being our whole selves, limited by nothing regardless of ethnicity, gender, identity, sexuality, ability, religion or any other identity that we choose,” the 18 year-old “grown-ish” actress said recently at a ceremony in Beverly Hills, California. “More than that, the common spaces we must maneuver through should be safe spaces in which our presence and existence are inherently valued.”

In promoting equity, she said, “it is dangerous to promote an identity blind narrative.” Shahidi explained: “To say that in order to be respected we must be stripped of everything that makes us unique is faulty in its very premise.”

She was honored with the Gamechanger Award from the youth-focused Gay, Lesbian and Straight Education Network for her work on behalf of girls’ education, especially in the fields of science, technology, engineering and math. The nonprofit was founded in 1990 to fight against LGBTQ bullying and advocate for those communities of young people on other issues as well in schools.

Communities, Shahidi said, must not separate themselves but celebrate differences, including those of race, religion and gender. That includes schools. Educators, she said, should promote a more inclusive history and greater respect for all nuances and identities.

“We must not separate ourselves from each community. We must be one,” Shahidi said, taking a jab at the administration of President Donald Trump.

She quoted James Baldwin in urging schoolchildren to take hold of the world as their own and thanked her “Papa,” photographer Afshin Shahidi, for showing her “a fight to help one person belong is a fight that belongs to all of us.”