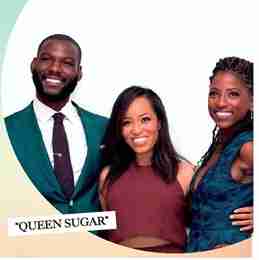 When she launched her network in 2011, Oprah took a minute to find her footing. The early days of the Oprah Winfrey Network was a hit or miss endeavor that included shows that seemed to mimic other programming from other networks – cooking shows, competitive talk shows and other watered down content that was inexpensive to produce but potentially lucrative.

Speculation about whether the new network would survive had people wondering if the media mogul had bitten off more than she could chew. Oprah briefly looked like she had been defeated. But that momentary floundering soon morphed into a partnership between Oprah and Tyler Perry, who agreed to script a new drama specifically created for his friend’s fledgling venture. Enter “The Haves and the Have Nots” and Perry’s loyal audience tuned in by the millions; essentially providing OWN the viewership boost it needed to survive.

Now, several years later, The Oprah Winfrey Network is thriving and although her audience from the 25 year run of “The Oprah Winfrey” show was diverse, the majority of OWN’s programming is geared towards black viewers.

In a recent promotional for the network, Oprah shares how growing up, she didn’t see people who looked like her on television or in the movies and now that she can, she’s committed to bringing black audiences quality programming that reflects the best of them.

While critics routinely pan “The Haves and the Have Nots” because of its poor writing, lazy plot development and overall subpar production, the show’s fans are diehard loyalists who tune in week after week in growing numbers. Leveraging the show’s revenue positioned Oprah to create additional programming that speaks to the black experience.

Scripted shows like the exquisite “Queen Sugar,” created and executive produced by Winfrey and director extraordinaire, Ava DuVernay, provide the kind of high quality, realistic portrayals of black families in all their multifaceted nuances that black audiences have been craving. The show centers around the Bordelons, a fiercely loyal family which serves as a lovely backdrop to their individual and collective dramas as they navigate life around the family’s farm.

Oprah’s reality shows are nothing like much of the garbage on other networks. Obviously mindful of how African-Americans are depicted, each reality show on OWN seems focused on either helping blacks to heal and grow, (“Iyanla Fix My Life,” “Released,” “Mind Your Business”) or celebrating who they are in ways other networks have not (“Black Love,” “For Peete’s Sake”). The OWN show with the most diverse audience, “Super Soul Sunday” is the most similar to the content of “The Oprah Winfrey Show.”

My only complaint about the network is its use of fillers like “The Dr. Phil Show,” and the various “Police Women” shows on weekday mornings and some evenings. While likely a cost-effective move, once you get folk hooked on seeing the best of themselves in a wonderful variety of programming, watching Dr. Phil deal with dysfunctional folk or watching police women roll through their shifts capturing the bad guys starts to get old.

Thankfully, the network seems determined to roll out fascinating new shows each season – case in point, “Ready for Love,” the new dating show that brings together Oprah and top producer Will Packer known to audiences for popular movies like the “Think Like a Man” series, “Girls Trip,” “Ride Along” series and more. Hosted by Thomas “Nephew Tommy” Miles, the show features black professionals looking for love.