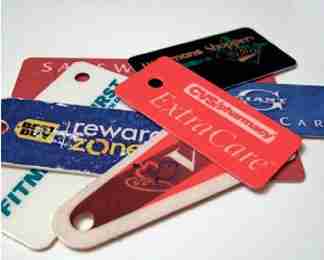 You grab the gallon of milk you forgot yesterday, pick up the cheapest toothpaste, and head over to the checkout line. Just when your quick trip to the grocery store is almost over, the employee at the register says, “Do you have a rewards card? It’s free to join.”

From department stores to drugstores, retailers are asking consumers to enroll in rewards programs, also called loyalty programs, for access to better deals. But signing up may not be worth the hassle. “First of all, you’re just going to be annihilated with emails,” says Kurt Jetta, CEO and founder of retail and consumer analytics firm TABS Analytics. “It’s not a weekly thing. It’s a daily thing for most of these retailers.”

The benefits of rewards clubs, however, include exclusive coupons, early access to sale events, and rewards points that can be redeemed for discounts or products. That lures many shoppers to sign up. The 2015 Colloquy Loyalty Census found that the average U.S. household is enrolled in 29 loyalty programs, but actively participates in only 12.

Rather than signing up for several pro- grams, it may be more beneficial to stick with one or two you’ll use frequently. Some retailers, such as Nordstrom and Best Buy, structure their programs so that the heaviest spenders reap the greatest rewards. To reach the highest tier of the My Best Buy program, for instance, members have to spend $3,500 in purchases per calendar year. This unlocks a longer returns and exchanges window (45 days compared with the standard 15) and more points for purchases (1.25 points for each dollar spent compared with 0.5 points).

“The perks really go with people who spend the most with a certain brand,” says Bob Phibbs, CEO of consultancy firm The Retail Doctor. Phibbs recommends looking over your credit card statement to get a sense of where your money is going. If your spending habits show you’re already loyal to a particular store or brand, you could get the most from a membership there.

If you’ve already signed up for several programs, read the fine print on promotions to help you cut back. Cancel memberships at stores that frequently send out offers with short expiration periods for points or strict purchase requirements. Some rewards programs get better over time if you’re willing to wait. Jetta de- scribes rewards programs as an agreement between the store and the shopper: Customers provide demographic or contact information to sign up for a program, and stores use the information to change programs in ways that could potentially retain more customers and increase spending.

In 2015, for example, Starbucks announced partnerships with Spotify and The New York Times to give members access to free music and content. “They could’ve built a program that was strictly based on buy ten coffees, get one free, but they’ve now extended it across the store,” says Jeff Berry, senior director of research and development at data analytics company Loyalty One. “They’ve really tried to create relevant benefits to their customers.”

So when should you add another store rewards program card to your already crowded key ring? Enroll only if you shop at a store frequently and you’ll actually use the benefits.

Otherwise, politely decline when the cashier asks you to sign up.