LIVE TAPING OF SOMMORE’S All the Queen’s Men 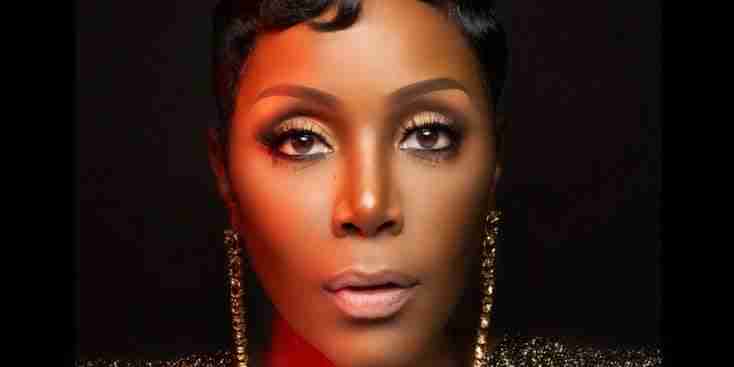 COMEDY QUEEN: Sommore is bringing laughs to the Faena Theater when she and a group of funny gentlemen take the stage for a live taping on June 1.

MIAMI BEACH, Fla. – She’s one of the funniest comedians on the planet; male or female; and she’s bold enough to say so. Sommore has been on the scene for more than two decades. The first woman to host BET’s “Comic View,” is bringing together some funny men for a live taping at the Faena Theater on Miami Beach.

“All the Queen’s Men” is Sommore’s vision and features a select group of seasoned comedians (Damon Williams, Tony Sculfield, TuRae Gordon and Darren DS Sanders) who bring over 50 years of combined comedic experience. Each man has been personally selected to this ‘Comedic Roundtable’ for their creative wit and unique talents. They have all been featured on shows like “HBO’s Def Comedy Jam,” “BET’s Comic View” and P.Diddy’s “Bad Boys of Comedy.”

Sommore continues to be a trailblazer for women in the comedy business. Winner of the Richard Pryor Award for Comic of the Year in 1995, Sommore’s talents have also landed her in several movies. She made her acting debut in “Friday After Next,” and has also appeared in “Family Reunion,” “Soul Plane,” “Something New,” and “Dirty Laundry.”

Her hosting gigs have included Russell Simmons’ “Def Comedy Jam,” and “Showtime at the Apollo.” She was part of the record-breaking “Queens of Comedy” tour in 2000, which garnered Sommore a wider fan base and got her registered in Guinness’ Book of World Records when she performed to an audience of more than 50,000 people in Atlanta, Georgia.

Sommore has been a featured guest on “The Oprah Winfrey Show,” “The Tonight Show with Jay Leno,” “The View,” and “Politically Incorrect with Bill Maher.” She was interviewed on CNN Headline News about her phenomenal artistic and financial success as a comedienne, and was profiled in Comedy Central’s “Special Women in Comedy” program.

In addition to making audiences laugh, Sommore is also a writer, producer, and entrepreneur. She wrote and produced “The Queen Stands Alone,” a filmed version of her stand-up act, which debut on Comedy Central in September 2008 to over 800,000 viewers.

IF YOU GO:
WHAT: Sommore’s Live Taping of “All the Queen’s Men”