TRAP yoga adds a soulful beat to the ancient practice 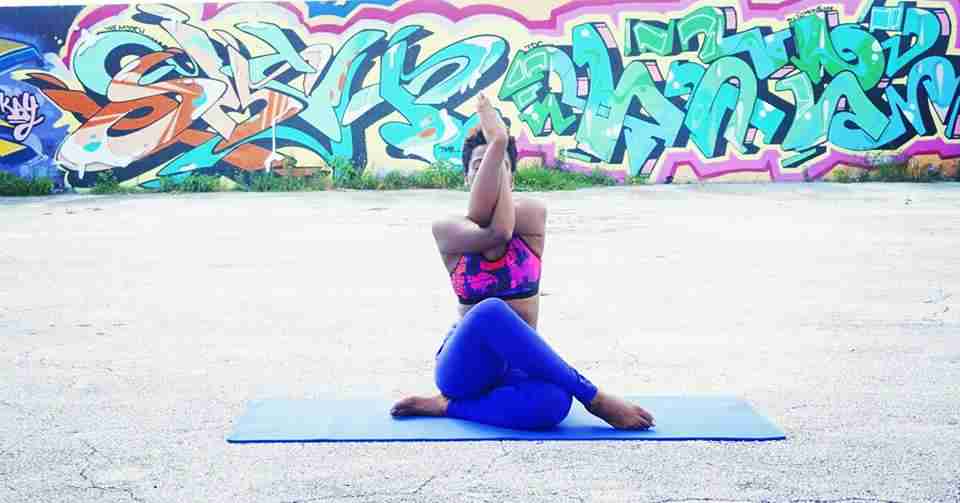 YOGA WITH A BEAT: Trap Yoga is catching fire around the country. The practice fuses traditional yoga with hip-hop and other music in a manner that attracts African Americans. Tatiana Bastian, the founder of Rebel Yoga, (pictured above) is teaching a session on June 6.

MIAMI – According to Yogapedia.com, trap yoga is “a style of yoga class that combines the physical asana practice with trap music, a type of hip-hop that originated in the southern United States.” Brandon Copeland, the Washington, D.C.-based yoga instructor credited with developing the practice, said he began teaching yoga to promote mindfulness and the transforming power of the practice with an emphasis on the African-American community. He said his inspiration for trap yoga was the desire to attract African American men to yoga.

In South Florida, the soulful practice is being taught by Tatiana J. Bastian, a dance and yoga instructor from Miami and founder of Rebel Yoga. Bastian has a bachelor’s in psychology and has worked in the field of education and social work. After observing the effects of trauma on the lives of her students and clients, she decided to introduce them to yoga. She is leading a trap yoga class on June 6 at Zen Zone in Miami.

Bastian is leading the high energy Vinyasa flow class set to various styles of music including trap, hip-hop, reggae and indie pop. Her classes synchronize breath with movement to increase flexibility, build stamina and create balance— perfect for all fitness levels. Bastian said students will learn how to prevent injuries while strengthening and toning their bodies through guided alignment.

Bastian uses creative sequences set to nontraditional styles of music in her classes in an effort to increase the students’ sense of inclusion and acceptance.

You will need a mat, water and a towel. A matcha green tea following the class is included in your ticket. The class will be hosted outdoors in the garden space. Challenge yourself to block out the city noise and reach a new level of yoga excellence. Although street parking is plentiful and free, and you’re encouraged to use sustainable ridesharing services such as Lyft Line using code MH20705 or ride your bike.

Previous post LIVE TAPING OF SOMMORE'S All the Queen's Men