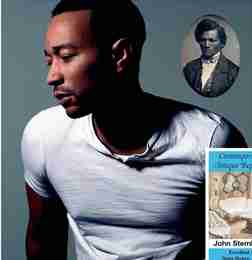 Sony Pictures Television and WGN announced in a statement that Legend will guest star as Frederick Douglass. also serves as an executive producer of the series, which delves into the challenges and dangers for slaves during their journey on the Underground Railroad.

The second season is expected to premiere early next year. Episodes are being filmed in Savannah, Georgia, for the first time since moving production from Baton Rouge, Louisiana.

Douglass is one of the many historical figures featured on the series. Aisha Hinds will portray Harriett Tubman, who helped slaves escape during the Civil War.

Next post Why did Mary J. Blige sing to Hillary Clinton during talk?

Previous post Meet some of the people Hillary was talking about