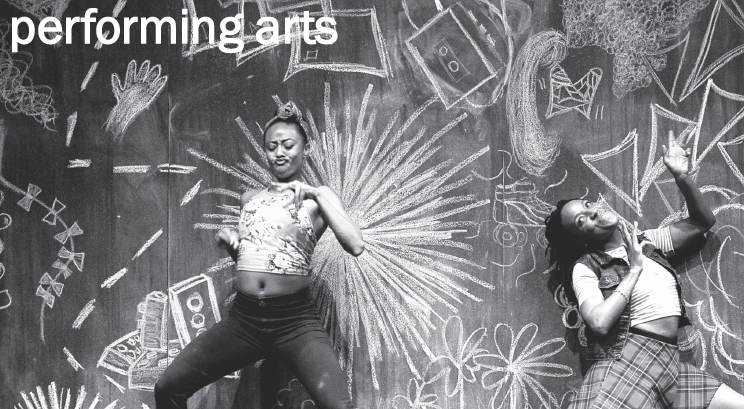 The provocative and poignant piece represents a nuanced spectrum of black girlhood in a world where black women are often only portrayed in terms of their strength, resiliency, or trauma. Brown uses the rhythmic play of African-American social dance, double dutch, steppin’, tap, Juba, ring shout, and gesture to evoke childhood memories of self-discovery. Through play and protest, Brown and her dancers come into their own, all while being shaped by their environments, the bonds of sisterhood, and society at large. By placing games, chants, rhymes, and movements on stage, Brown honors the skill and intelligence behind these cultural contributions and recognizes them as art.

“We are thrilled to present the premiere of Camille’s work in Miami. She is a tremendous artist and cultural activist who will bring so much to our community throughout her residency,” said MDC Live Arts Executive Director, Kathryn Garcia.

The dance pieces are accompanied by live music with pianist Scott Patterson and electric bassist Tracy Wormworth, playing original compositions. Each performance culminates with “The Dialogue,” a talk-back with the artists.

Leading up to the performance, Brown and her dance company will participate in a week-long residency and engagement activities with MDC Live Arts, including a free master class open to the public on Wednesday, Feb. 17.

Brown is a prolific choreographer who started her own dance company at 25, and by 35, received multiple accolades and awards for her daring works, including a Bessie Award, Doris Duke Artist Award, two Princess Grace Awards, two NEFA’s National Dance Project: Production Grants, and was named a TED fellow and nominated for a Lucille Lortel “Outstanding Choreographer” Award. She is informed by her music background as a clarinetist, and tells stories through a modern black female perspective. Brown leads her dancers through works which connect history with contemporary culture.

Brown also founded two initiatives: The Gathering, an annual open forum for intergenerational black female artists to advocate for greater cultural equity and acknowledgement in the contemporary dance world; and BLACK GIRL SPECTRUM, a multi-faceted community engagement initiative that seeks to amplify the cultural and creative empowerment of black girls and women through dance, dialogue, and popular education tools.