The Jungle Book has something for kids and adults 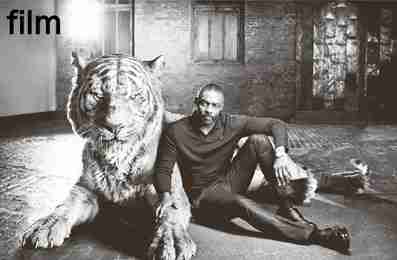 How does an adult over the age of 25 enjoy a film that is supposed to be geared toward kids? Let’s dissect this; shall we?

In Disney’s latest, live action representation of The Jungle Book, a boy raised by wolves has a hit put out on him by a scarred tiger named Shere Khan (voiced by Idris Elba). Shere Khan has decided that the man cub, Mowgli (played by Neel Sethi), has to die before he can become a man and destroy their way of life. This sends Mowgli through the jungle in search of his own people for safety.

Jungle Book is directed by Jon Favreau, who also brought the first two Iron Man films to life. Favreau clearly has an eye for taking something cartoonish and making it into a spectacle of action that will wow the kiddies and dazzle the adults.

In the script, written by Justin Marks (based on the beloved book of the same name by Rudyard Kipling), the film shares tropes from previously released Disney films like The Lion King that help give the story life. Both stories have a jungle setting, a scarred king of the jungle, and monkeys with larger than life personalities. They also have a cast of characters that help mold our young hero into the “man” he will become.

According to the Academy of Science Fiction, Fantasy and Horror Films, voice-overs can be judged within an acting category. In the case of The Jungle Book, Elba would win for best villainous voice. His cadence, which suggests an utter command of any given situation, is frightening all on its own without it being attached to a tiger. If there was such an award, worst voice-over would go to Christopher Walken, who gets negative points for not being the best singer and portraying an extinct ape with a Queens, NY accent.

By the way, a gigantopithecus is an extinct ape that lived in the Indian jungle thousands of years ago. It gets its name from its enormous size; over ten feet tall and approximately 1200 pounds, to be exact.

If you’re old enough to remember when the Atari was the hottest toy you could own as a kid, then you’ve probably seen the 1994 adaptation of The Jungle Book where a ripped Jason Scott Lee ran around in a loin cloth. If you’re old enough to be called a Baby Boomer then you, most likely, enjoyed Disney’s 1967 cartoon adaptation. In both films, King Louie was a normal size orangutan. However, having a live action ape the size of a house that can climb tall buildings King Kong-style makes for good cinematic entertainment for the kids of today.

In addition to its entertainment value, this film also teaches kids life lessons, like how to listen to their parents for their safety and how to use the tools available to them for survival. Meanwhile, it captures the adult audience members with awesome effects, nail-biting suspense, and a villain who would give House of Cards’ Frank Underwood a run for his money.

Because the truth is most adults are just kids with responsibilities, we never grow out of wanting to see a well-made kid movie. Case in point: adults singing – word for word – Let it Go (from the “kid’s” movie Frozen.) Jungle Book is another one for the kids and adults.

Next post Three tips for achieving fitness goals this season