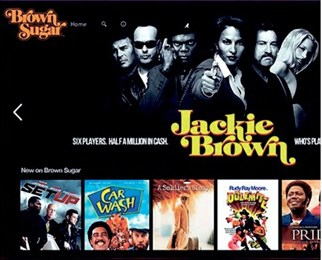 ATLANTA, Ga. (Black PR Wire) – Brown Sugar, the popular subscription video on demand service from Bounce, is kicking off summer with a fresh lineup of titles to celebrate the season.

June is Black Music Month and to honor the occasion, Brown Sugar has curated a series of films from music legends such as Prince: “Purple Rain,” Michael Jackson: “The Journey,” Beyoncé: “On Top,” Rihanna: “No Regrets” and Winans: “The Lost Concert.”

Viewers can watch these films and countless others on Brown Sugar along with complete seasons of top-rated Bounce originals such as “Saints & Sinners,” “In The Cut” and “Last Call.” Brown Sugar is available on Apple TV, Roku, Chromecast, Comcast Xfinity X1, Amazon Channels, Amazon Fire TV, Amazon Kindle, Android and Apple smartphones and tablets and web browsers via BrownSugar.com.