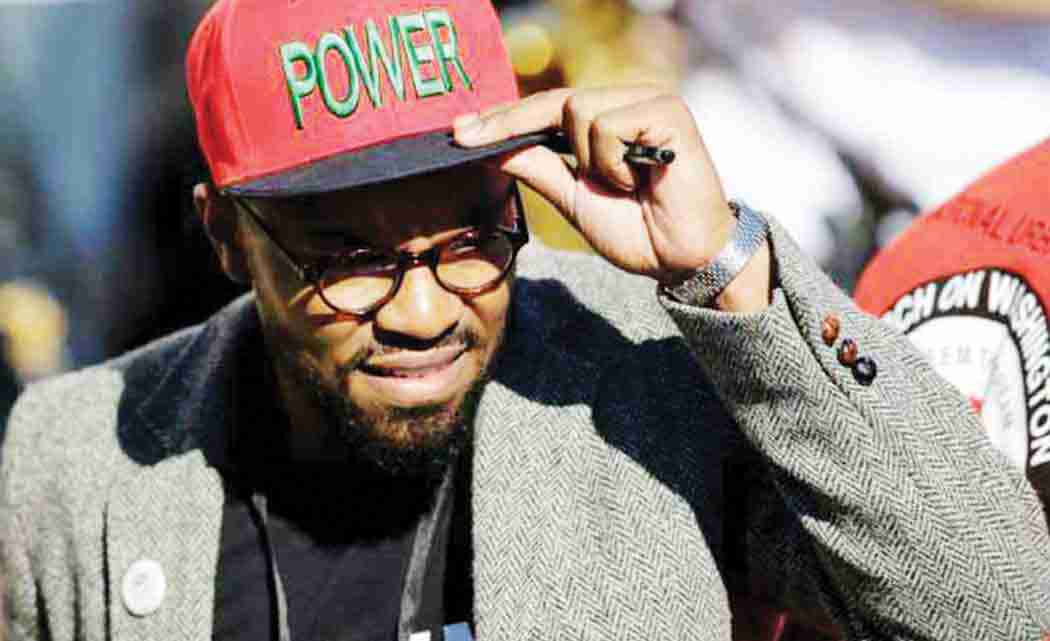 His calm demeanor, deep insightfulness, ability to empathize with others and even his choice of fraternity (Alpha Phi Alpha) are reminiscent of Martin Luther King Jr. Phillip Agnew may shy away from such comparisons. However, the executive director of Dream Defenders – a group of young college graduates determined to either change the system or create a new one — could very well be one of his generation’s leaders instrumental in making King’s dream a reality.

When a reporter approached him about being featured in an article for the MLK special section, Agnew resisted, requesting that the feature include all seven members of the Dream Defenders’ team. In addition to featuring his brilliant team, this section shines a spotlight on Agnew, 29, whose insightful explanation about the need to be organized in order to achieve systemic reform was captured on video during a PBS town hall meeting and promptly set social media abuzz.

He was one of seven young leaders from around the country to meet with President Obama, Vice President Biden and Attorney General Eric Holder in December following a Missouri grand jury’s failure to indict police officer Darren Wilson for the murder of Michael Brown.

“As young people of color who are often criminalized for our mere existence, we are the experts in how our communities are treated by law enforcement,” said Agnew. “We accepted the president’s invitation so that we could present our expertise and needed policy changes to the nation’s top leader.”

Agnew was among those who protested the 2006 death of 14-year old Martin Lee Anderson at a North Florida boot camp facility. The Chicago native went on to graduate from Florida A & M University in 2008, landing a job in sales. It didn’t last long because within weeks of Trayvon Martin’s killing, Agnew said he gave up his $52,000 salary ($63,000 with bonuses) because “he had to do something” to address Florida’s Stand Your Ground law, as well as other systemic issues that adversely affect blacks.

PBS convened a town hall meeting following the grand jury’s refusal to indict Officer Darren Wilson in the shooting death of unarmed teen, Michael Brown.  Agnew took part in the forum that explored the question: What does the unrest in Ferguson reveal about the state of race relations in America? In the clip of the video with him in it that went viral, he explained the motivation behind creating Dream Defenders.

“The people that are murdering the people in our communities are very organized. And so if you want to mount an ample resistance to those forces, then you must be organized. We started Dream Defenders with that in mind,” he said.

Civil Rights Attorney Greg Samms, 55, said that Agnew is on point and that, “Dream Defenders is the perfect example of the kind of organization we need because they are the type of young leadership that will inspire other youth, as well as my generation, to help them.”

Samms said if there is going to be any institutional change, it will happen because of insightful young leadership like Agnew. “Vietnam was stopped by young people,” said Samms, who is a former board member of the National Police Accountability Project and a former president of the Wilkie D. Ferguson Bar Association (formerly the Black Lawyers Association).

In that same video, Agnew explained that because the system and the media often depict blacks as angry and dangerous, he can understand why someone like George Zimmerman would assume the worst about blacks. He is willing to delve into an emotionally explosive topic like Zimmerman and offer a perspective that may make some blacks cringe while causing non-blacks to at least consider the hows and whys behind their opinion of blacks.

When asked to explain his approach to engaging others in a way that doesn’t make them defensive, he said, “That’s the approach.” In order to help others to understand where he and his team are coming from, Agnew surmised that they must make a genuine effort to also understand others’ point of view.

The approach appears to be the foundation for the continued discussions between Agnew and Ross Kaminsky, the white columnist in the PBS video to whom Agnew responded when Kaminsky said the neither he nor his parents should be held responsible for slavery because it happened more than 400 years ago. The two went out for drinks and continued talking after the PBS town hall. They have exchanged phone numbers and have spoken since.

“As I told Phillip, I don’t know a lot of people like him so I think it took some conversation for each of us to have some trust in the other. What impressed me about Phillip was that he was willing to give me the opportunity to demonstrate that even though he and I don’t agree on everything, or maybe not even on many things, I’m not the enemy and we do have areas of common interest such as police reform,” Kaminsky said via email.

Creating space for authentic conversations with others with different viewpoints is one aspect of what Agnew does. In his role as executive director, he is also charged with organizing Dream Defenders and raising funds to carry out the work of helping communities of color to organize, as well. The group relies on private donations and foundation funding to operate the Miami-based organization.

“We want for poor and oppressed people to have true self determination with the ability to decide the destiny for themselves and their communities. Liberation from the economic system that we’re in right now that puts profits over people,” Agnew shared.

“We want to get to the point where we are building campaigns and building movements that win,” he said. “And that’s something that we look up to, and Dr. King and Ella Baker and Fannie Lou Hamer, women and men who fought for us to get to where we are.”

Agnew shared what now appears to be a prophetic statement by the late civil rights leader, “One of the last things that Dr. King said before he died, was that he feared that he had brought us into a burning building.”

Many believe that the “burning building” has been smoldering for years and is now fully engulfed, resulting in a palpable, widespread determination to create change.

“There’s a sense of urgency that’s felt by more people, but one that’s always been felt by black people in the ghetto, poor people, Latino people, migrants in this country that have been living on the margins since the founding of this country,” Agnew explained. “The level of police brutality, police repression, state violence that’s happening in our communities have now reached a fever pitch so there is a great, great sense of urgency.”

He said that everyone has a role to play.

“If people of conscious don’t stand up and do something in this moment, then we’re really doomed to see another era in this country where corporations run everything. And there is no rights for the community, no democratic rule, really no hope for anyone that doesn’t have capital already,” he said.