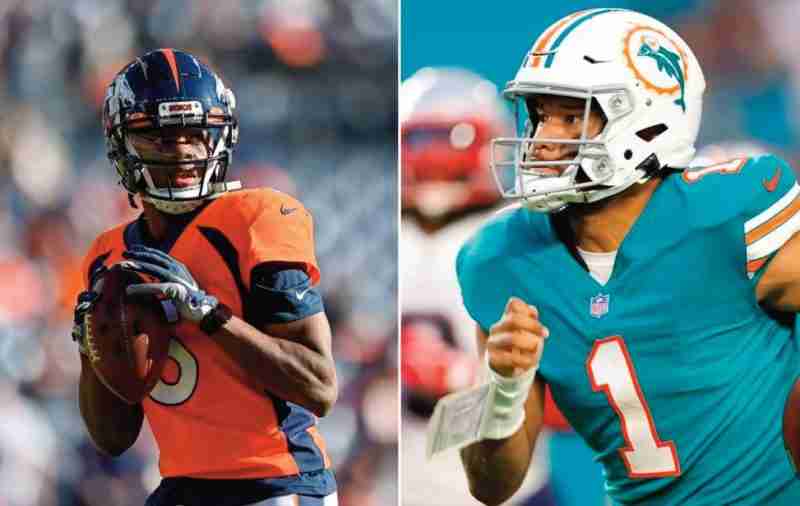 Kansas City, Mo. (AP) – The Kansas City Chiefs traded Tyreek Hill to Miami for a package of draft picks Wednesday, and the Dolphins are giving the three-time All-Pro wide receiver a $120 million, four-year contract extension that makes him the highest-paid player at his position.

The Chiefs will get the Dolphins’ ﬁrstand second-round picks and their fourth-rounder in this year’s draft, and fourth- and sixth-round picks next year, along with some much-needed salary cap relief in the latest major NFL trade.

The trade is another major move by the Dolphins, who are trying to build around quarterback Tua Tagovailoa and end a streak of ﬁve straight years out of the playoffs. They have reached deals with left tackle Terron Armstead, wide receiver Cedrick Wilson and offensive guard Connor Williams, among several others.

It has been a wild NFL offseason when it comes to big names, even though the new league year is just a week old.

The Seahawks traded Russell Wilson to the Broncos, Deshaun Watson ended up in Cleveland, the Falcons sent Matt Ryan to the Colts and Carson Wentz landed with the Commanders – and that’s just quarterbacks. Adams and Kirk found new homes along with fellow wide receiver Amari Cooper, who went from Dallas to Cleveland. And top-tier pass rushers Khalil Mack (Chargers) and Yannick Ngakoue (Colts) also have landed with new teams.

Hill was a controversial pick by the Chiefs in the ﬁfth round of the 2015 draft, a year after he was accused of punching his girlfriend and got kicked off the team at Oklahoma State. Then, three years ago, prosecutors in suburban Kansas City declined to charge Hill after an alleged domestic violence incident involving his ﬁancé and their 3-year-old child.

On the ﬁeld, Hill has surpassed every expectation, giving coach Andy Reid a speedy outlet for his offensive creativity while teaming up with Pro Bowl quarterback Patrick Mahomes to form one of the league’s elite pass-catch duos.

Hill helped the Chiefs win back-to back AFC titles along with their ﬁrst Super Bowl in 50 years after the 2019 season. He also helped them get back to the conference championship game in January before losing to the Bengals, capping arguably the best year of his career: He had a club-record 111 catches to go with 1,239 yards and nine touchdowns.

Next post Jazz in the Gardens 2022 heralded return to normal