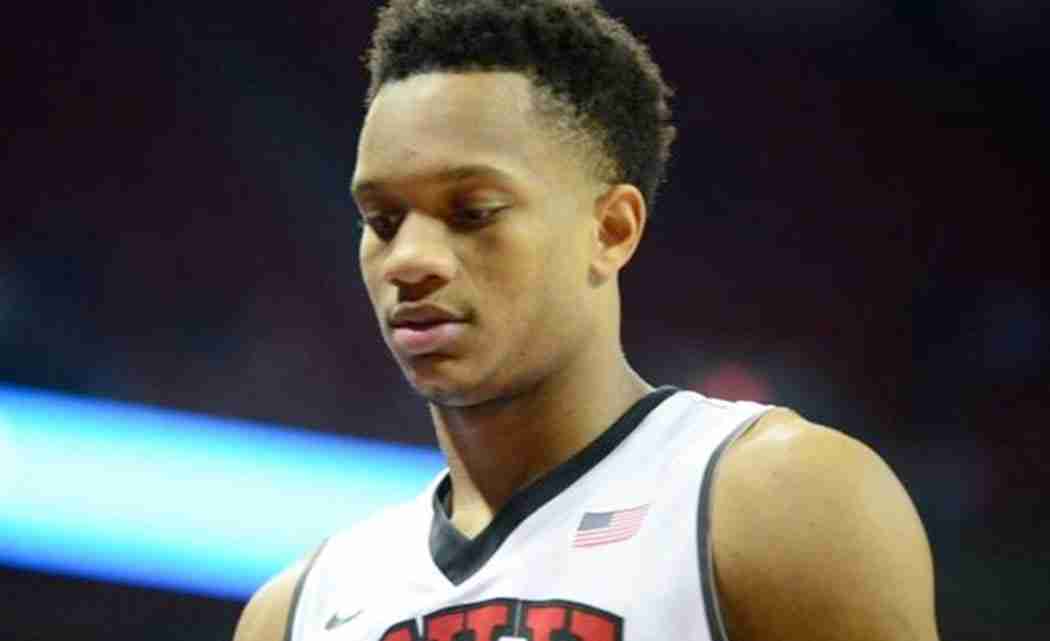 MINNEAPOLIS (AP) _ Rashad Vaughn has been crisscrossing the country over the last month, joining dozens of NBA draft prospects at workout after workout while hoping to solidify his status as a first-round selection.

The schedule has been so dizzying that there are days when it takes some time for him to remember what city he is in, let alone where he was the night before. But when Vaughn finally got the chance to come home to Minneapolis for a few days, he made sure to include a stop at the Ronald McDonald House to spend some time on the court with children who are facing serious illnesses.

“When they see an athlete come here, especially basketball, you see that look in their eye,” Vaughn said on Friday, minutes after getting off a plane and driving to the University of Minnesota campus to make the appearance. “To be able to make somebody smile that’s sick is definitely a good feeling.”

Vaughn came back to the Twin Cities to reconnect with family and work out for two teams _ the Atlanta Hawks on Saturday and the Minnesota Timberwolves on Monday.

Vaughn starred at Robbinsdale Cooper High School in suburban Minneapolis before playing last year at UNLV. He is projected to be drafted late in the first round on June 25, somewhere likely in the 20s, and he is using the workouts to try to lock in a first-round pick and the guaranteed contract that comes with it.

“You never know what can happen on draft night,” Vaughn said. “So you have to keep working and try to solidify yourself in the first round.”

Vaughn averaged 18.3 points and shot 38.3 percent from 3-point range as a freshman at UNLV last season. The 6-foot-5 shooting guard first visited a Ronald McDonald House when he was playing at the McDonald’s All-American game last year and said the Running Rebels also spent some time there during his one season in Las Vegas.

“I just loved it,” Vaughn said. “There’s always one kid I find and we just kick it. So I just wanted to find time to come by and do this.”

Vaughn’s father, who runs a local foundation aimed at helping kids in poor Minneapolis neighborhoods steer clear of trouble, his younger brother and his cousin were among family members who were at the Ronald McDonald House as well.

“He’s always been that type of guy,” said Pete Kaffey, a mentor of Vaughn’s since he was a fifth-grader. “The kids love Rashad and Rashad wanted to do it. That just shows you how good of a person he is.”

Vaughn said he’s worked out for seven or eight teams, including the Bulls and Wizards, already and still has another five or six workouts before the draft on June 25.

“I just want to showcase that I’m more than just a shooter, can make plays for my teammates,” Vaughn said. “I wanted to show I’m very athletic and show that I have an all-around game.”