Female athletes get a trio of wins in equality fight 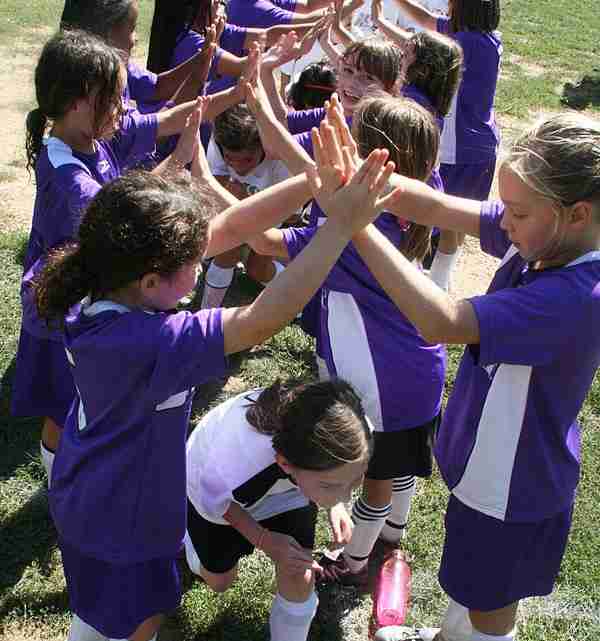 In a matter of days, female athletes around the globe scored a trio of wins in their fight for equality after decades of work.

The U.S. women’s national soccer team struck a new collective bargaining agreement with their federation, ending more than a year of at times contentious negotiations, with players seeking comparable compensation to the men’s national team.

It followed the U.S. national hockey team’s deal with USA Hockey after players threatened to boycott the women’s world championships over wages.

The quest for better pay and conditions even extended across the Atlantic to Ireland, where the women’s national soccer team there threatened to sit out of an exhibition match this week.

“It’s pretty incredible what the women’s hockey team did and they were courageous in their fight. There were differences between our battle and their battle, but they were inspirational,” U.S. midfielder Megan Rapinoe said. “For us and them, we were able to inspire other teams.”

The actions of these teams highlight the struggle for female athletes to achieve fair compensation for their efforts, even if that doesn’t mean identical paychecks to their male counterparts. `Fair’ can include even simple items like access to changing rooms, in the case of the Irish players.

It is not a new fight.

Back in 1995, a group of high-profile players including Michelle Akers, Julie Foudy, Mia Hamm and Kristine Lilly were locked out of a pre-Olympic training camp because of a disagreement over bonus pay with the U.S. Soccer Federation. The dispute was quickly settled and women’s soccer made its debut at the 1996 Atlanta Games. The United States won the gold.

Following the team’s victory on penalty kicks in the 1999 World Cup final against China, the players boycotted a tournament in Australia. They eventually came to terms on a deal with the federation that extended through the 2004 Athens Olympics.

Inspired by the soccer players, Olympian Cammi Granato pushed USA Hockey in 2000 for better conditions and pay. The hockey team was coming off a gold-medal-winning run in the 1998 Nagano Games, the first Olympics that included the women’s game as a sport.

With the help John Langel, the same lawyer who helped the soccer team strike its deal, the players sent a letter to the federation outlining their concerns. Lacking leverage to move the effort forward, it failed and the issue was largely dropped – until this year.

Langel also helped the team reach its current agreement before the world championships. This time, a social media hashtag, (hash)BeBoldForChange, helped make the cause an international sensation.

“I think that this is just the beginning, and I think you’re going to see more of this. We are reaching the next level of women’s sports,” said U.S. Senator Amy Klobuchar of Minnesota. “At the beginning it was just allowing women to play, then it was making sure they got funded in the schools so they could play, and now we’re reaching that biggest pinnacle, which is really getting them to the point where people are watching them as much as they watch men. And we’re not quite there yet, but the only way we get there is by using examples like what just happened with hockey and moving it out into other sports.”

Ireland’s national team, made up mostly of amateurs with day jobs, wasn’t getting even basic financial support for things like compensation for time off from work while on international duty. Players said they’d been forced to dress in public restrooms and had to share team-branded apparel with the junior national teams.

The women held a news conference decrying the conditions. It won the team public sympathy and helped force the Football Association of Ireland to work out an agreement with the women.

Goalkeeper Emma Byrne posted to Twitter: “Victory! Thank you for all your support. It proves unity is a powerful force.”

There have been other successes, too. The Australian women’s national soccer team, capitalizing on the team’s surprising play in the 2015 World Cup, boycotted friendlies in the United States and wound up negotiating a deal that got them better wages, bonuses and travel provisions.

In tennis, Grand Slam events and many other tournaments give equal prize money to men and women. But lingering sexism flared up last year when Raymond Moore, director of the BNP Paribas Open in Indian Wells, California, made comments that outraged many and forced his resignation.

“In my next life when I come back I want to be someone in the WTA because they ride on the coattails of the men. They don’t make any decisions and they are lucky. They are very, very lucky,” Moore said at the time.

The backlash showed that Moore’s opinion was an outdated and tired trope.

Women’s sports are more popular than ever, thanks in part to Title IX, which spurred increased female participation at the college level. The internet has given fans greater access to the games and its stars.

That’s been coupled with some amazing performances by female athletes and teams in recent years: From Serena Williams’ dominance on the tennis court to Carli Lloyd’s hat trick in the 2015 Women’s World Cup final to UConn’s supremacy of college basketball.

On Friday night, the U.S. women’s hockey team capped an emotional two weeks with a thrilling 3-2 overtime win over Canada in the world championship final.

“If anything that we did can inspire anyone – sports, girls, boys, out of sports, whatever – to stand up for what they believe in, I think that’s a huge plus,” team captain Meghan Duggan said.