QB issues? Defensive ones too in Dolphins 2-game skid 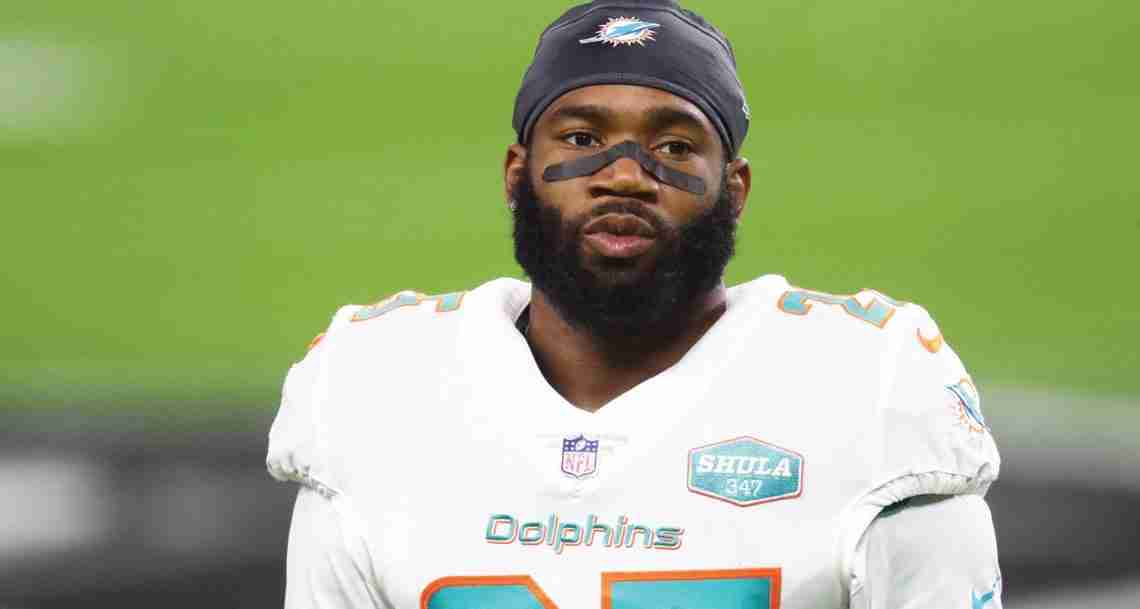 Miami Gardens, Fla. (AP) – One of the things that made Miami’s defense so good late last season was its ability to generate pressure and get takeaways.

Is that defense long gone?

The Dolphins have one interception this season. That came in Week 1. And during their two-game skid, they’ve struggled to get key stops and avoid giving up big plays, let alone force turnovers. “ It’s something we have to ﬁgure out a way as a coaching staff and as players collectively to try to right that ship,” Dolphins coach Mike McDaniel said, “because there is a big component of this defense that we expect as a coaching staff to get turnovers.”

Depth issues at corner are part of the reason Miami ranks among the league’s worst in passing defense after a 40-17 loss to the New York Jets on Sunday.

The Dolphins were without their best two cornerbacks in Byron Jones and Xavien Howard. Howard left the previous week’s game with a groin injury. Jones (Achilles) has been on the physically unable to perform list all season. Sunday, poor coverage and tackling led to the Dolphins giving up a season high in points even as quarterback Zach Wilson did not have a passing touchdown.

The Dolphins, of course, have also been without their starting quarterback Tua Tagovailoa since the ﬁrst half of their game against Cincinnati. And backup Teddy Bridgewater left Sunday’s defeat after hitting his head in the ﬁrst quarter. McDaniel said Bridgewater doesn’t have any concussion symptoms and passed tests, but a spotter saw Bridgewater stumble after the play. He was removed because of the revised protocols put in place as a result of Tagovailoa’s concussion. Skylar Thompson relieved Bridgewater and struggled in his debut, completing 19 of 33 passes with 166 yards, no touchdowns and an interception.

Even though McDaniel said the team has the utmost conﬁdence in Thompson, the game plan changes signiﬁcantly when the signal caller is a third-string rookie.

McDaniel leaned on the running game more, and it equaled the Dolphins’ best rushing output of the season. Miami’s 137 yards was the ﬁrst time this season the offense rushed for over 100 yards. McDaniel said they thought they’d have an opportunity to run the ball more going into the Jets game and wanted to take advantage of it.

A big reason the Dolphins were able to start 3-0 was their ability to keep the game just close enough to mount a comeback in the fourth quarter. They did that by getting help on both sides of the ball. In the past couple of weeks, tackling has been a glaring issue. Missing open ﬁeld tackles has cost the Dolphins chunks and chunks of yards and has allowed touchdowns.

Raheem Mostert, who rushed for 113 yards on 18 carries, was Miami’s ﬁrst 100yard rusher since Week 18 of the 2021 regular season, when Duke Johnson had 117 rushing yards against New England. Mostert led Miami in carries for the fourth straight week and has double-digit carries in three games. Entering the season, Mostert and Chase Edmonds seemed like they’d share lead-running back roles, but Mostert looks to be separating himself as Miami’s clear No. 1 option.

Jason Sanders missed a 54-yard ﬁeld goal in the fourth quarter that would have given the Dolphins a lead. Miami had moved the ball to the Jets 36, and McDaniel elected to send his kicker out instead of trying to convert on fourth-and-5. Sanders’ kick sailed wide right, and the Jets marched down the ﬁeld and scored a touchdown on their next drive.

Bridgewater’s injury happened on the Dolphins’ ﬁrst drive. He took a hit to the head when he was tackled on a throw attempt. He was listed with a head and elbow injury.

Terron Armstead, the Dolphins’ left tackle, exited the game in the ﬁrst quarter with a toe injury. Armstead injured his toe in the season opener and hasn’t practiced much since, though he has not missed a game this season. McDaniel said the Dolphins had previously planned for Armstead to stay in New York and see a specialist for his injury.

Receiver Tyreek Hill left the game in the fourth quarter after having his foot stepped on.

7 – Safety Brandon Jones sacked Wilson on a blitz for his seventh sack since the beginning of the 2021 season. Jones’ seven sacks since 2021 are the most among NFL defensive backs.

If Bridgewater and Tagovailoa remain in the concussion protocol, Thompson will make his ﬁrst career start when the Dolphins return home to face the NFC North-leading Minnesota Vikings Sunday.