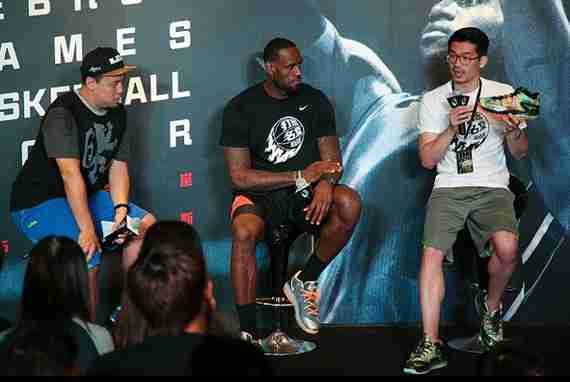 HONG KONG — LeBron James was honored by the appearance of hundreds of fans who clutched his jersey or held up life-size cutouts of his face at a store in Hong Kong on Wednesday.

The mob chanted “LBJ” as he entered the store to meet with a small group of shoe-collecting “sneakerheads.”

He said it was “very humbling” to know he was an inspiration for fans in the former British colony.

“I’m miles and miles and miles, thousands of miles away from home, and to know that you can inspire someone in a whole other country, it means a lot me,” he said.

Later, he ran a clinic before 1,500 fans packed around a court in Kowloon, then showed off some moves.

James kicked off his Nike-sponsored five-day trip on Monday in Beijing. He is travelling to Taiwan on Thursday and Friday.