Suns find another reason to dislike the Spurs 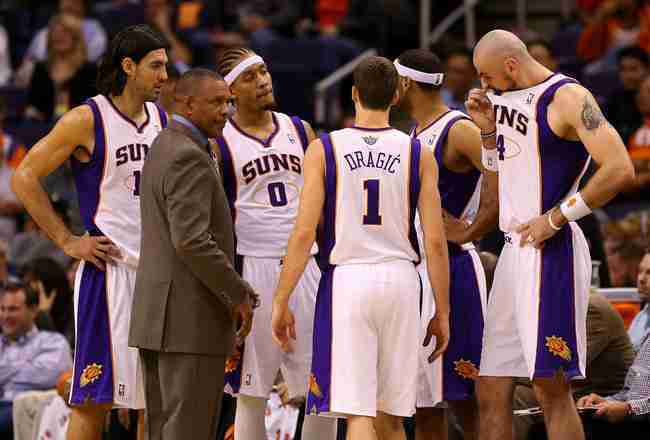 But finishing as runner-up to the team the Suns’ fans love to hate, the San Antonio Spurs, left a hollow ring to the team’s concerted efforts to climb from mediocrity to relevance in the tough Western Conference.

A person with knowledge of the situation confirmed that the Suns and Spurs were the finalists for the services of the All-Star forward. The person said the presence of Aldridge’s family in Texas “pushed it over the top for San Antonio.”

The person spoke to The Associated Press on condition of anonymity because details of free-agent negotiations can’t be made public until Thursday.

A huge banner was to have been put up outside at US Airways Center Saturday as a further effort to persuade Aldridge to come to the desert.

As for that, Phoenix Mayor said in tweet “For those inquiring about the future of the LMA banner…Our city has one of the best recycling programs in the country.”

With no obvious big target left on the market, the Suns now must figure out what to do with the salary cap space cleared to help make space for an Aldridge signing.

Phoenix moved into contention for Aldridge when they agreed to contract terms with center Tyson Chandler and reached agreement on a deal to keep restricted free agent guard Brandon Knight.

Aldridge reportedly has admired Chandler and liked the idea of playing alongside him.

When the Suns met with Aldridge, the team used a four-prong approach. First he met with owner Robert Sarver, then with president for basketball operations Lon Babby and general manager Ryan McDonough. After that, there was a session with coach Jeff Hornacek and Suns assistant coach Earl Watson, who played with Aldridge in Portland. Finally, Aldridge met with a player contingent that included Chandler, Knight and Eric Bledsoe.

The pitch was that Aldridge would be “the man” for the Suns, with a young talented perimeter around him and the veteran presence of Chandler in the middle.

To show how serious they were, the Suns traded Marcus Morris, Reggie Bullock and Danny Granger to Detroit in a salary dump.

In the end, it wasn’t enough.

“I’m happy to say I’m going home to Texas and will be a Spur!!,” Aldridge tweeted on Saturday. “I’m excited to join the team and be close to my family and friends.”

The Suns’ fans hard feelings toward the Spurs go back to the days when the teams contended for the Western Conference title. There are memories of Robert Horry slamming the Suns’ Steve Nash into the scorers’ table at courtside. Now there’s a new one.

Phoenix has not made the playoffs the last five years.