Wie ready for title defense at US Women’s Open 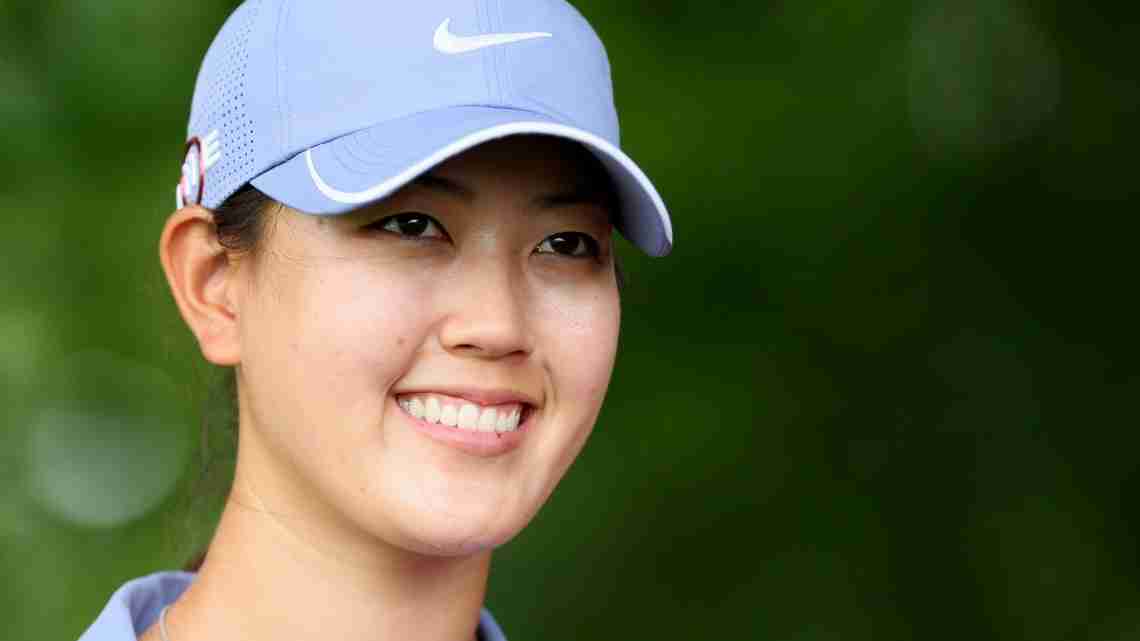 But it’s not the clinching putt, award ceremony or winner’s trophy that brightens Wie’s smile. Oddly, she says it’s the way she handled a damaging double-bogey on the 16th hole of the final round of last year’s U.S. Women’s Open, cutting her lead to a single stroke. She went on to birdie 17 and close out a two-stroke win for her first major title.

A year later, she’s still most proud of how she handled the challenging turn of events in the biggest event in women’s golf.

“A lot of people talk about hole No. 17 when I birdied, but I think the moment I was most proud of was when I made that double bogey putt on 16,” Wie said this week as she prepared to defend her title. “That, for me, was the moment that I felt like I was the most in control that I’ve ever been.”

Her season has been slowed by injury and illness. She has battled strep throat and a sinus infection, and she’s just showing signs of moving past a debilitating left hip injury that forced her to withdraw from a tournament at Kingsmill after one round. She’s still looking for a top-10 finish, with her best a tie for 11th in the Lotte Championship.

“It’s definitely been a tough year with my game,” she said. “It’s definitely not been as good as I want to be. But at the same time, I’m taking it day by day. Every day feels better than the day before.”

If her game is in shape in Amish Country this week, Wie could make a run at becoming just the eighth player to repeat as champion. The 6,400-yard, par-70 Lancaster Country Club layout calls for long, accurate drives and pinpoint putting, and Wie thinks she is up for the challenge.

“It has its challenges, it has its difficulties, but I think it’s a great golf course,” she said. “It’s going to be a really great mix of holes.”

Predictably, USGA officials were asked on the eve of the championship about Tuesday’s decision to remove the caddie for Sei Young Kim from the championship for taking photos of internal notes on the course setup.

Paul Fusco had previously worked for Paul Casey and Steve Flesch on the PGA Tour and for Na Yeon Choi on the LPGA Tour.

Diana Murphy, the USGA’s vice president and chairman of the championship committee, said the decision was made to protect the entire field.

“Golf is a game of honor and integrity,” Murphy said. “And unfortunately we found a caddie who was attempting to get some information that would benefit his player and not the whole field. … So it was a terribly poor judgment on his part.”

Murphy said the player was able to find a replacement caddie quickly.

There were a record 1,873 entries for this year’s championship, easily eclipsing the previous high of 1,702 for last year’s event at Pinehurst No. 2.

Laura Davies, of England, is the senior competitor at 51 years old. The winner of the 1987 championship also has the most U.S. Women’s Open starts among the 156-player field with 27, including this year. American Cristie Kerr and Aussie Karrie Webb are next with 20 apiece.

Suzuka Yamaguchi, of Japan, is the youngest competitor in the field at 14 years, 11 months and 10 days old, as of Thursday.

The USGA is hosting its 83rd championship in Pennsylvania. The first championship was the Women’s Amateur at Philadelphia Country Club in 1899.

History is not on Michelle Wie’s side as she tries to defend her U.S. Women’s Open title.

It didn’t take too long for word of an increase in the purse for the 70th U.S. Women’s Open to find its way to the players.

Two-time major champion Brittany Lincicome found out via Twitter that the purse for this week’s championship at Lancaster Country Club increased to $4.5 million, a half-million dollar increase over last year.

“What would we do without social media?” Lincicome asked. “I don’t normally pay attention to the prize. But I thought that was very neat. … It’s amazing to see the purse go up that much. It’s gone up significantly over the last couple of years, which is pretty amazing. Women’s golf is going up, and it’s a great time to be a part of the Tour.”