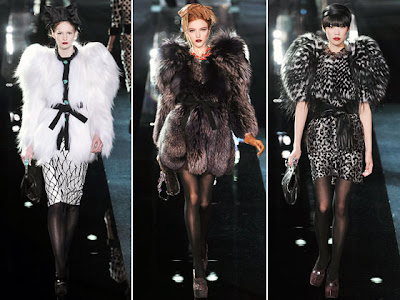 Winter is approaching and soon it will be time to whip out your winter coat! And as fellow fashionistas, who doesn't think Chinchilla during a chill? It's a stylish yet soft textured statement piece and texture is vital in fashion. It actually determines the worth of the wardrobe and it's pricing. For example, a Chinchilla or mink coat costs at least ten times more than a faux fur. The quality of mink fur it's noticeably "softer" than the faux, making it more valuable. Further proving that plush comes with a price. Same goes for life….

Esther and Ruth, the only two books in the Bible dedicated to women, exemplify how meekness can lead to majesty. These books are the original Cinderella stories….that ACTUALLY happened. Two beautiful young damsels win the hearts of their handsome kings, have royal weddings, and go on to live "happily ever after" after they overcame the wicked plot of the enemy.

Could you imagine being these women?! Single foreigners in a land where their nationality was despised! However, like Cinderella's "fairy god-mother", our faithful God (Father) clothed Ruth through Naomi, and Esther through Hegai, to spend "One Night with the King" (shameless plug….watch the movie!) However, God's blessing didn't stop with fashion. He made them "Paparazzi Prepared." In case you're reading my blog for the first time, being "Paparazzi Prepared" is perfecting your faith as well as your fashion, by adorning your heart with a meek spirit (I Peter 3:3-4). In a kingdom of other fashionistas who were merely outwardly adorned, Esther and Ruth found favor with their kings because they were both outwardly and inwardly adorned…..with meekness. Boaz, Ruth's king-husband, was so enamored with her meekness to her mother-in-law Naomi, that despite being a foreigner, he married her and gave her all he owned.  King Ahsuerus, Esther's king-husband, fell in love her meekness towards him, which was unlike the lack of submission of his former queen Vashti. Through Ruth and Esther, God shows us the majesty that meekness brings.  He even sent his son Jesus to remind us in Matthew 5:5 "Blessed are the meek; for they shall inherit the earth"…meaning, favored/promoted/prosperous is the person that is gentle, adaptable to authority and kind, for she is the one who will have power over the earth.

Sometime ago (so far back I don't even remember), I developed a hard coat around my heart for protection. Once I met my husband, I realized that this was not right. While the hard coat prevented me from being emotionally hurt, as I grew in my relationship with GOD & my husband, it also prevented me from providing the softness and vulnerability that both relationships required. (Thank GOD for introspection!)

GOD's gentle tug through spiritual convictions for my softer side has begun the process of peeling away this hard texture. This process has helped me to become "Kind Krystal". Through consistent introspection, self-discipline, and a desire to grow closer to God and my husband, the coating of my heart is now turning from faux to mink. Like any masterpiece in progress, I am making a conscious effort to model meekness, understanding that my husband & GOD's purpose is to protect & provide for me (so liberating). Now, as the Queen to my King, I am on a mission to master the "submissive softness" that both relationships require so that like both Ruth and Esther, I will be both outwardly and inwardly adorned ….better known as "Paparazzi Prepared" (I Peter 3:5-6).

Next post Go be well served by Lee Daniels’ Butler