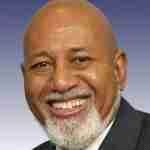 District 20 Congressman Alcee Hastings, D-Miramar, is being challenged by Palm Beach Port Commissioner Dr. Jean Landfair Enright and former boxing champion Jameel McCline in the Democratic primary scheduled for Aug. 26. The five-county district winds through sections of Broward, Palm Beach, Hendry, Martin and St. Lucie counties. Enright is a widowed mother of two daughters who has served several four-year terms as a port commissioner. She is regarded as highly competent and pragmatic and has been effective in office, while serving with integrity. She has worked for years with community, political and non-profit organizations but is largely unknown in the voter-rich Broward County section of the district. McCline’s past is marked with controversy, including serving time in prison for gun running. He has overcome numerous obstacles and believes he will pull an upset. Nice to be confident but it won’t happen. Hastings via majority decision.

Saks Off Fifth are Saks Fifth Avenue stores located in areas other than New York’s 5th Avenue. The company has signed a 10-year lease with the Somerset Shoppes shopping center located at the northeast corner of Lyons and Glades roads in Boca Raton to open a store there. The space used to be a Loehmann’s department store.

Coyotes are known to inhabit the western areas of Palm Beach County but there have been dozens of sightings in the eastern areas. They have been seen even in the Intracoastal Waterway and on beaches. Coyotes will eat almost anything, including small animals, as well as cats, dogs and deer. They climb fences and have been known to scale the walls of gated communities.

It’s National Stop on Red Week, which is intended to raise awareness about the 165,000 people who are killed or injured in accidents caused by drivers who run red lights. In recognition of the week, the Broward Sheriff’s Office and other law enforcement agencies are focusing on red light runners. Watch out.

Police are seeking information in the robbery and shooting of a cab driver in the 500 block of Northwest 14th Avenue in Fort Lauderdale. The Yellow Cab driver was robbed and shot several times but is expected to recover. Police are asking anyone with information to call Crime Stoppers at 954-493-8477. 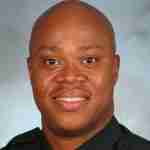 After more than 30 years of planning, the $1 billion PortMiami Tunnel is now open for business. Gov. Rick Scott had dedicated the project at an opening ceremony earlier this year but construction problems prevented it from being open to traffic. The tunnel can handle 16,000 vehicles; bicycles and pedestrians are not allowed.

Fresh off a South Florida campaign swing, former Gov. Charlie Crist was greeted with good news. Billionaire investor Tom Steyer is opening an office of his NextGen political action committee in Miami. He has spent millions helping Democratic candidates around the country and will pump $10 million into the Florida governor’s race. Steyer spent $11 million to help Virginia Gov. Terry McAuliffe win his 2013 race. 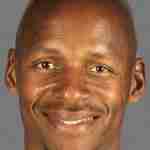 While speculation about Miami Heat guard Ray Allen’s future with the team rages, the player has purchased a Coral Gables mansion, according to several sources. Billionaire Miguel “Mike” B. Fernandez sold his home to Allen for $11 million. It has 10 bedrooms, 9.5 bathrooms, a private beach and more. 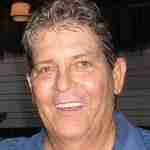 Monroe County Circuit Court Judge Tegan Slaton has been removed from the bench and has filed for medical leave without providing specifics. Chief Judge Luis Garcia is declining comment. Witnesses said Slaton was incoherent during a trial and was immediately escorted off the bench and out of the courtroom. This follows a June 12 incident in which he fell asleep during a trial while attorneys were presenting evidence. He had to be awakened by a court bailiff and led off of the bench. Slaton later said he was “seeing visions from the 1940s movie Fantasia.” He is seeking a second six-year term and is running against attorneys Jack Bridges of Key Largo and Bonnie Helms of Key West in the Aug. 26 primary.

State officials appear to finally be getting serious about the eradication of the invasive lionfish. The Florida Fish and Wildlife Conservation Commission has banned its imports by pet stores. They have also lifted restrictions so divers can spear the fish, which are native to the Indian and Pacific oceans. They have no predators, other than humans; even sharks will not eat them. They eat everything in sight and are killing off coral reefs. Lionfish have become a delicacy at restaurants but, amazingly, regulators still have restrictions on harvesting the dangerous fish.

Previous post Be kind to neighbors when you are sick