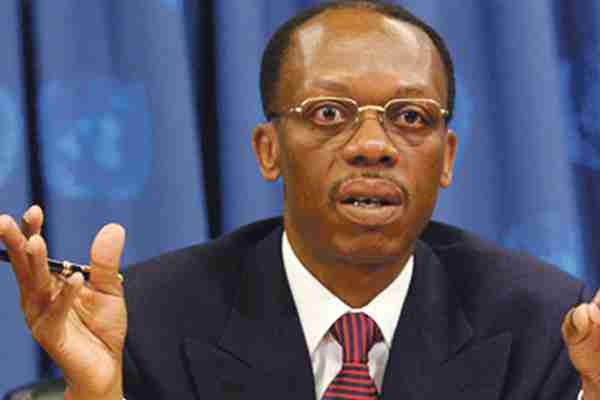 PORT-AU-PRINCE, Haiti (AP) — Supporters of former Haitian President Jean-Bertrand Aristide rallied Thursday at the site of an infamous church massacre and outside his home as the ousted ex-leader faced possible arrest for failing to appear at a court hearing.

The rallies were intended to mark the anniversary of the deadly attack by gunmen in September 1988 at the church of St. Jean Bosco, where Aristide led services and opposition to the dictatorship as a Catholic priest — as well as to guard against any attempt to arrest him at the home where he has resided quietly since his return from exile in 2011.

Supporters promised major protests would erupt if what they see as a politically motivated arrest is carried out.

“There is only one person who represents the people of Haiti and his name is President Aristide,”37-year-old Lionel Patrick said in the yard of the church, which was destroyed in the January 2010 earthquake. “If anything happens to him, Haiti is going to be shut down.”

Aristide was summoned to testify last month in court before a magistrate conducting an investigation into corruption and money laundering. An arrest warrant was issued when he did not show up but police have so far not made any move to carry it out.

Mario Joseph, a lawyer for the former president, said the notice to appear was not properly served on Aristide and the judge has not responded to his efforts to discuss what steps should be taken next. Joseph on Wednesday dismissed as “rumors,”the existence of an arrest warrant.

Haitian National Police spokesman Frantz Lerebours confirmed to The Associated Press that an arrest warrant was issued but he said there were no immediate plans to execute it. He said police would be stationed outside Aristide’s home in Tabarre, near downtown Port-au-Prince, to prevent him from leaving, but there was no sign of them on Thursday as about 50 supporters of the former president stood by the gate.

Lerebours wouldn’t say why the warrant had not been carried out, suggesting only that there are other issues involved. “”It’s about a former president,”he said. “It’s not really the same as if it were a normal, ordinary citizen.”

Many Aristide supporters believe the warrant is an attempt to intimidate members of the party founded by Aristide, Fanmi Lavalas, to keep them from participating in upcoming parliamentary elections. They point to the fact that Jean-Claude Duvalier, the former dictator, has not been arrested despite an investigation into corruption and human rights abuses under his rule.

“It’s clear that they are opposed to Fanmi Lavalas,”said another of the demonstrators at the church, 40-year-old Marc Henry.

Aristide built a massive following among the country’s poor during the 1980s, leading opposition to the Duvalier regime and the military. On Sept. 11, 1988, thugs burned down his church, hacking and shooting to death 13 parishioners during Mass. Aristide went on to become Haiti’s first democratically elected leader in 1990. He was toppled in a coup, then returned to power with U.S. assistance and ousted again in 2004 in a violent rebellion. He returned from exile in South Africa in 2011 and has lived largely out of the public eye ever since.