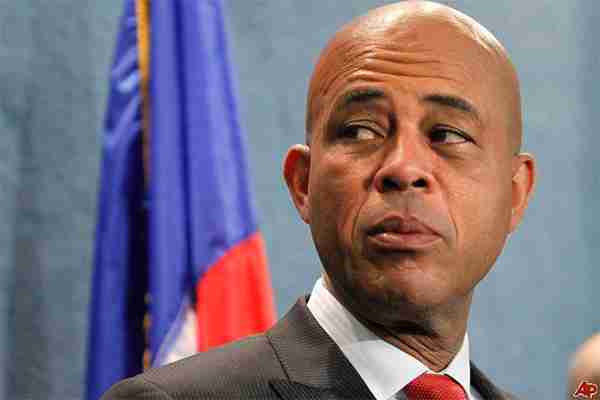 PORT-AU-PRINCE — Leading opposition factions are alleging that the presidentially appointed electoral council is stacking the deck in favor of President Michel Martelly, who has scheduled long-delayed legislative and municipal elections for October.

Parties complaining of exclusion and unfair advantages include the Unity party of former President Rene Preval and the Lavalas Family founded by former President Jean-Bertrand Aristide. They are among the major opposition groups that boycotted election talks earlier in the year and have refused to register with the Provisional Electoral Council, which they contend is rigged.

An accord setting Oct. 26 as election day has not been authorized by the Senate, where a group of staunch Martelly opponents argue it is unconstitutional.

The electoral council picked by Martelly has only seven of its mandated nine members and its president, Fritzo Canton, is a lawyer who is defending former dictator
Jean-Claude Duvalier against charges of embezzlement and human rights abuses.

“What Haiti needs is an impartial electoral council that won’t take sides for either the government or the opposition,” said Dieudonne Saincy, Unity’s spokesman. “We are now in a political crisis because this electoral council is entirely under the control of Martelly.”

Former Lavalas senator Louis Gerald Gilles asserted that Martelly’s government “is doing everything it can to take over the election process.”

Martelly’s administration has brushed off the criticism as the intransigence of his political opponents, some of whom have organized street protests to demand his resignation. Martelly insists he has made several concessions to opponents, including forming a new Cabinet, and has actively tried to make compromises with members of the Senate.

Despite pressure from the United Nations, the U.S. and other major supporters of Haiti, previous efforts to hold the legislative and municipal vote over the last couple of years were snarled by political infighting between the executive and legislative branches. In April, Washington warned Haitian authorities that $300 million earmarked for the country’s coast guard, health ministry and various projects was at risk because of the delay.

In May, Martelly announced he had appointed a new council to oversee the balloting. The Oct. 26 election date was announced in early June and Martelly said late last month that the country was committed to that date.

The Organization of American States has said it will provide support. But political observers have expressed skepticism that the elections can take place in late October and opposition figures are promising a fresh wave of street protests in coming days.

The long-overdue elections would fill 20 seats in the 30-member Senate, all 99 seats in the lower chamber and 140 municipal positions. The terms of 10 senatorial seats are due to expire in January, which would leave the body with only 10 senators – not enough for a quorum. If the election isn’t held by then, Martelly would rule by
decree.

Next post Town stunned by news of cops’ KKK ties