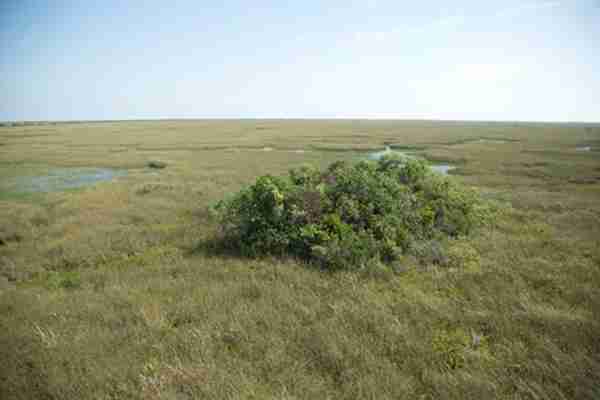 MIAMI – A fungus carried by an invasive beetle from southeast Asia is felling trees across the Everglades, and experts have not found a way to stop the blight from spreading.

Then there’s a bigger problem – the damage may be leaving Florida’s fragile wetlands open to even more of an incursion from exotic plants threatening to choke the unique Everglades and undermine billions of dollars’ worth of restoration projects.

Since first detected on the edge of Miami’s western suburbs in 2011, laurel wilt has killed swamp bay trees scattered across 330,000 acres of the Everglades, a roughly 2 million-acre system that includes Everglades National Park. The fungus is spread by the tiny redbay ambrosia beetle, which likely arrived in this country in a shipment of wood packing material.

The same fungus also plagues commercial avocado trees and redbay trees elsewhere in Florida and the Southeast. While the state has been working with the avocado industry to mitigate the damage, there’s been no way to contain it in swamp bay or redbay trees. Experts say the best defense would be stopping invasive pests from crossing U.S. borders in the first place.

Hundreds of millions of redbay trees have succumbed across six states since 2002, said Jason Smith, an expert in forest pathology at the University of Florida.

“It’s amazing how much of an impact this one little tiny beetle that’s no bigger than Lincoln’s nose on a penny has done,” Smith said in a recent interview. “And it continues to spread.”

This summer, Smith will survey the national park for living swamp bay trees to collect samples in the hopes of propagating new trees resistant to the pathogen from their cuttings or seeds. The South Florida Water Management District, the state agency that oversees Everglades restoration, also plans to ramp up its monitoring and maintenance of the tree islands where swamp bays are found.

The damage is easily spotted from the air and from the highway that cuts across the Everglades. Gray skeletons of swamp bays that died in the pathogen’s first wave and newly dead trees that have turned dry and brown mar the dark green tree islands that dot the vast expanse of pale sawgrass.

Each tree island is losing up to half its tree canopy, said LeRoy Rodgers, the water management district’s lead invasive species biologist.

That’s worrisome because invasive plants may work their way into those open spaces – like weeds in a garden, but worse.

Old world climbing fern, melaleuca, Australian pine and Brazilian pepper are the invaders that particularly worry state and federal caretakers of the Everglades. Like the invasive Burmese pythons that are blamed for dramatic drops in the populations of native mammals in the wetlands, the plants have established a home in South Florida’s sunny and wet climate.

The exotic plants can transform sawgrass prairies into impenetrable thickets, and they fuel explosive fires that kill native plants adapted for less intense burns. They’re not a food source for native wildlife, and in coastal areas, their roots can disrupt the nests of endangered sea turtles. They’re so tenacious and difficult to remove that even if Smith finds a way to propagate swamp bays to replace the ones lost, the invasive plants could prevent them from taking root.

“We already have these problems with invasives that are almost too daunting. When you add laurel wilt to the mix, it’s only going to get worse,” said Tylan Dean, chief of biology at Everglades National Park.

Nonnative plants currently comprise 16 percent of the flora in the Everglades, according to a congressionally mandated restoration progress report published last month by the National Research Council.

Billions of dollars have been pledged for Everglades restoration projects that span decades, but those funds are mostly focused on restoring a more natural flow of freshwater through the wetlands south to the Florida Keys.

In spite of the disturbances they cause, invasive species haven’t been factored into Everglades restoration planning beyond treating invasive plants that spread during construction, and there’s little funding or manpower available to fight them back, according to the report.

Next post CAUSE SOUGHT FOR GUNFIGHT BETWEEN PATIENT DOCTOR

Previous post ANTI-VIOLENCE YOUTH GUNNED DOWN, BUT NOT SILENCED