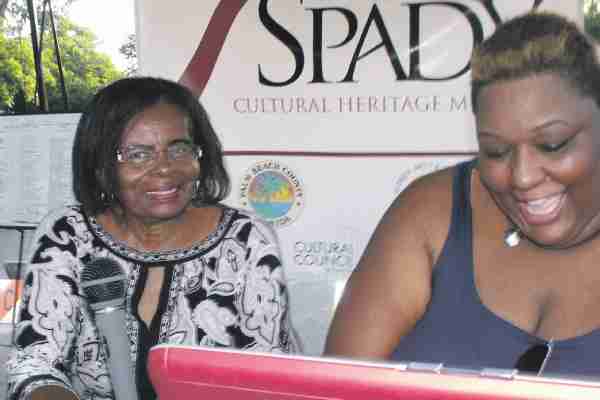 DELRAY BEACH — They are snippets of Delray Beach’s history being told by those who have lived it.

Over the last several months, the Spady Cultural Heritage Museum has been gathering recordings from residents for its “The Lion Speaks” project, a collection of short and targeted recollections that will be shared with the community in a variety of ways. 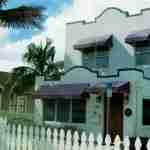 The project, which gets its name from the African proverb that says “Until the lions have their historians, the tale of the hunt will continue to glorify the hunter,” is designed to provide reminders of earlier times in Delray Beach that are woven into its culture.

“The stories are interesting because

they’re very personal stories,” says Charlene Jones, the museum’s executive director. “It’s fascinating to hear about a portion of someone’s life that you had never heard before.”

Unlike traditional oral histories, The Lion Speaks’ collection will be made up of short conversations that are geared to a specific topic.

“Each time we have an event, we ask a question that is related to the event,” Jones said.

For example, during a recent “On The Avenue” celebration sponsored by the city and held on Southwest Fifth Avenue, the Spady Museum hosted a scavenger hunt tied to the neighborhood where it took place, which was once known as Frog Alley.

“We asked people to tell us about the neighborhood they grew up in, whether it was here in Delray Beach or someplace else, and to tell us a story about that neighborhood,” Jones said.

In October, during the museum’s Soulful Tasting event, visitors will be asked a series of questions about food and about conversations around their dinner table.

“Food in the African-American culture is one of the main ingredients that pulled a family together,” Jones said. “The family dinner table was like a conference table. It was the gathering place where announcements were made.”

She said the museum also will collect stories from visitors to the monthly Delray Speaks forums, which provide an opportunity for those attending to share their views on a variety of topics. Delray Speaks is held at the Spady Museum on the fourth Wednesday of each month from 7 p.m. to 8 p.m.

As the collection of stories grows, the museum team will begin editing the recordings and preparing them to be heard by the public in a several different ways.

“Our goal is to use the material to enhance our exhibits, our lesson plans and our tours,” Jones said.

Visitors to an exhibit, for example, may soon be able to listen to a related recollection on a smart phone by scanning a QR code.

Jones said the museum is also planning to make recordings available as podcasts which will be accessible through the museum’s website, www.spadymuseum.com

“The Lion Speaks project is one more way the Spady Museum can share pieces of Delray Beach’s African-American history with the entire community,” Jones said.