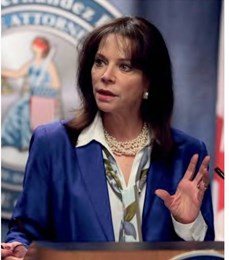 MIAMI – The number of states that have approved legalizing marijuana increases each year. Florida has taken another step in that direction. Prosecutors in Florida’s largest county say they will stop prosecuting minor marijuana cases as a result of a new state law that legalized hemp.

There is no police crime lab in South Florida that tests for a cannabis chemical that gets users high. Miami-Dade State Attorney Katherine Fernandez Rundle said in a Friday statement that authorities can’t “visually or microscopically” distinguish marijuana from hemp, which only has trace amounts of the psychoactive compound.

Miami-Dade police hope to conduct lab tests for felony cases within six months. Fernandez Rundle said proving misdemeanors of possession of 20 grams or less would be a “significant expenditure”a practice that is not favored.

Next post Trump’s racism against Haitians on display again

Previous post Mass shootings have Latinos worried about being targets