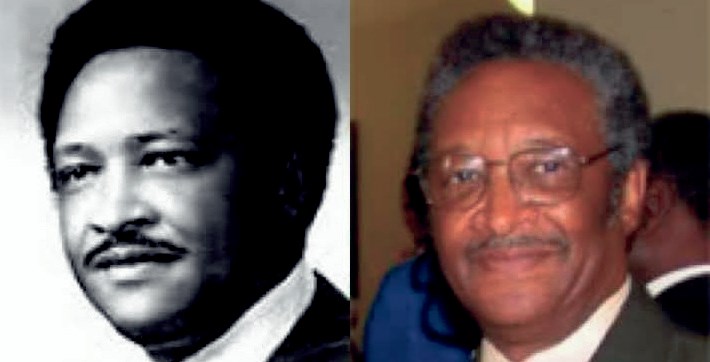 Smith was born on May 13, 1935 to Eva Smith, later known as Eva Reynolds, and was guided by the unrelenting work ethic of longshoreman Rubin Reynolds, his stepfather. Living later with his Grandma Suzie in Cairo, Ga., Smith excelled in school and was found to be a gifted baseball player, but did not escape racism and white intimidation in rural Georgia in the early 1940s.

By his teenage years, consistent with those perilous times, Smith was in violation of a Jim Crow rule that forbade Blacks from defending themselves against white physical aggression. Upon learning of this imminent danger, Grandpa Walter Lee packed a shoebox with fried chicken, pound cake, and Coca Cola, then put his namesake grandson on the next Greyhound Bus north with the ﬁnal destination being Harlem, New York, where he would live with his maternal Aunt, Alberta Knight.

Smith eventually enlisted in the Army during the Korean War. Upon his discharge and return to Tampa, Smith’s mother encouraged him to enroll at St. Petersburg’s Gibbs Junior College for Negro students, where Smith excelled academically and was elected as the school’s ﬁrst student body president, a role that allowed him to formally greet former First Lady of the United States Eleanor Roosevelt, and then Florida Gov. LeRoy Collins.

Smith then enrolled at Florida A&M University, where he would soon earn bachelor’s degrees in chemistry and biology. He subsequently earned a master’s degree at FAMU and Ph.D from Florida State University. Between 1965-77, Smith served as a 7-Eleven Store manager in Progress Village (Tampa); a science teacher at Marshall High School in Plant City, Fla.; assistant director of the Florida Education Association; provost at Hillsborough Community College, and as president of Roxbury Community College in Boston, Mass.

In 1977, Smith was tapped by the Florida Board of Regents to serve as FAMU’s seventh president. Smith’s presidency commenced during the period immediately following the end of the Jim Crow era, and due to his experiences working for the federal government in developing Title IV and VI programs per the 1964 Civil Rights Act, and in designing technical training programs for the Kennedy Space Center, Smith was imminently qualiﬁed to consistently thwart the Legislature’s considerations of merging FAMU with nearby Florida State University.

During his tenure, Smith presided over the endowment of a $10-million Centennial Celebration Fund. He also oversaw the expansion of the Gaither Athletic Center. Bragg Memorial Stadium, originally built to seat 10,000 in 1957, was renovated and expanded in 1982 to provide seating for some 25,000 spectators, replete with a modern ﬁeld house.

Arguably of most signiﬁcant note is that under Smith’s leadership, FAMU grew to 11 schools and colleges, including the FAMU-FSU College of Engineering along with the Schools of Allied Health Sciences, Architecture and Engineering Technology, Business and Industry, Nursing, JournalismMedia-Graphic Arts, and General Studies.

Smith also created the Division of Graduate Studies, Research, and Continuing Education, one that soon offered the University’s ﬁrst doctoral program in pharmacology. To honor his legacy, the 100,000-square-foot, state-of-the-art architecture building bears the name of Dr. Walter Lee Smith.

After his departure from FAMU, Smith became a professor at the University of Florida in Gainesville and upon his retirement from UF in 2000, colleagues and former students created the Walter L. Smith Scholarship in his honor to support minority graduate students in educational administration.

STUDENT SUPPORT FUND A Fulbright Fellow, Smith developed higher education programs in the African nations of Malawi and South Africa. In 1994-95, he served as the founding president of FUNDA, an American style two-year college in Soweto that helped foster emerging democratic reforms in post-apartheid South Africa. As a testament to the esteem in which Smith was held, Florida Gov. Lawton Chiles traveled to Johannesburg, South Africa to participate in the formal inauguration of the new school.

“One thing I thought I knew but deﬁnitely now know for sure is that I have some huge shoes to ﬁll,” said his daughter, attorney Salesia Smith-Gordon of West Palm Beach. “To me and my brothers, he was simply Dad,” she said. “This is a huge loss and hole in our hearts. As his favorite daughter (only daughter), my dad was really larger than life.”

The Dr. Walter L. Smith Student Support Fund has been established through the FAMU Foundation for deserving and needy students enrolled in the FAMU School of Architecture and Engineering Technology which building bears Smith’s name. Contributions can be mailed or sent to the charitable fund for students: my.famu.edu/donation/smithstudentsupport. 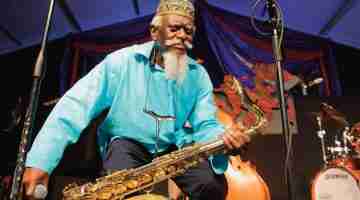