Robert F. Smith’s Morehouse and the call for self-sufficiency 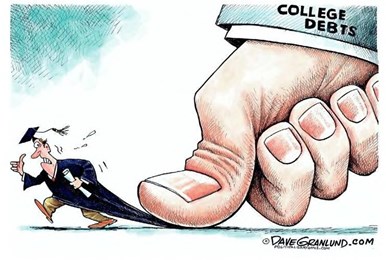 Dozens of white parents were recently accused of paying millions of dollars in bribes to get their children into Ivy League universities. Such luxury is not available to African Americans, even if they were so inclined. Elijah Dormeus’ father died when he was 7 and he and his eight siblings were raised by a single mother in Harlem, N.Y., USA TODAY reported. His student loan debt to attend Morehouse College totaled $100,000. Brandon Manor also owed $100,000 and John Cooper, $98,000. But their loans will be paid off because another rich person saw a different way to use his wealth.

Robert F. Smith, 56, whose fortune, at $5 billion, makes him the richest African American — and one of only two African American billionaires – the other being retired basketball player Michael Jordan -was delivering Morehouse’s commence address on May 19 when he suddenly announced that he will pay off the debt of the entire class, which could be up to $40 million.

The Detroit Free Press reported that, in 2017, the average student debt at Morehouse, the Atlanta-based men’s college, where tuition, room and board cost about $48,000, is $31,833 and eight in 10 students have loans. The New York Times reported that, overall, African American graduates owe about $7,400 more than whites. Citing a report from the Brookings Institution, the paper said that, four years after graduation, African Americans still owe an average of $53,000 or twice as much as whites.

Forbes magazine put the number of billionaires in the U.S. at 585 with a total net worth of $2.4 trillion. Andres Viglucci reported in The Miami Herald that “30 fulltime resident billionaires — one of the highest concentrations in the world” live in Miami-Dade and “occupy the top of the pyramid atop deep and widespread poverty, a small and shrinking middle class and a large workforce dependent on poorly paid service jobs.” Viglucci was citing a report, “Toward a More Inclusive Region,” co-authored by urbanist Richard Florida and New York University professor Steven Pedigo for the Miami Urban Future Initiative think tank at Florida International University. The researchers found that the rich-poor gap is worse only in New York City and on par with Panama and Colombia.

Those wealthy people do nothing to help the communities that offer them an oppor tunity to shelter their assets due to Florida’s generous property safeguard laws.

But then Smith seems to have been made from a different mold. He grew up in a predominantly African American community in Colorado, his parents high school principals with doctorates. Wikipedia says that as an infant his mother took him to the March on Washington, where Martin Luther King Jr. delivered his “I Have a Dream” speech. The New York Times reported that when he was a child she was sending monthly checks of $25 to the United Negro College Fund.

Smith studied chemical engineering at Cornell University and business administration at Columbia University. After a variety of jobs in finance and technology, he founded Vista Equity Partners in 2000, specializing in buying and selling software companies and managing assets totaling $46 billion. His growing wealth did not pull him from his community but, rather, sharpened his interest in the economic condition and educational opportunities of African Americans.

But his Morehouse gesture is not without critics. “The penny-pinching parents wonder where’s their reward for driving their cars until the vehicles have to be towed off the road,” Michelle Singletary commented in The Washington Post. “What do they get for forgoing expensive vacations so that they could put money in a … college savings plan, thereby eliminating or greatly reducing the need for them or their children to take out student loans?”

Anand Giridharadas, author of “Winners Take All,” told The New York Times that donations such as Smith’s “can make people believe that billionaires are taking care of our problems and distract us from ways in which others in finance are working to cause problems like student debts or the subprime crisis on a epically greater scale than this gift.”

Both may have a point and perhaps Smith should instead have followed the lead of Oprah Winfrey and help those who cannot afford loans or are in danger of dropping out of college. Winfrey donated $1 million to Morehouse 30 years ago to establish a scholarship fund in her name; it has since grown to $12 million.

Still, because of Smith, Elijah Dormeus can now focus on helping his younger brother, Jeremiah, pay for college. Brandon Manor can widen his medical school search and John Cooper can pursue his plan to attend law school.

Dormeus, for one, plans to do just that. He is hoping to create a foundation to help people pay off their debts and get into college, USA TODAY reported.