We are in the midst of an HBCU renaissance 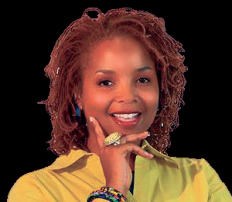 Historically Black Colleges and Universities (HBCUs) are poised for a renaissance not seen since the 1990s, when the television show “A Different World” piped visions of the vibrant life on these campuses into the nation’s living rooms. The ascendency of Vice President-elect Kamala Harris has given HBCUs a new level of visibility, credibility, and respect. Harris’ success, as a graduate of Howard University located in Washington, DC, has disproven the unfortunate myth that the educational ice is always colder at predominately White Institutions (PWIs), an ideology that has sadly held significant sway in post-integration America.

Kamala Harris is not alone, as there are a slate of HBCU graduates who have achieved excellence in their fields of endeavor, particularly in the area of political leadership. Keisha Lance Bottoms, a graduate of Florida A&M University and mayor of Atlanta, served as a popular and effective surrogate for the Biden-Harris campaign, all while shepherding a major Southern city through the pandemic. Cori Anika Bush, a graduate of HarrisStowe State University and an activist during the Ferguson Uprising in 2014, will soon be sworn in to represent Missouri’s first congressional district. Chokwe Anta Lumumba, the current mayor of Jackson, Miss., is a graduate of Tuskegee University in Ala. FAMU’s Andrew Gillum and Spelman’s Stacy Abrams inspired millions with their respective gubernatorial campaigns in Florida and Georgia in 2018. Undaunted by her loss, and determined to make a change at the grassroots, Abrams went on to found both Fair Count (focused on encouraging participation in the 2020 US Census) and Fair Fight, the latter of which has been credited with the historic Democratic success in Georgia in the 2020 election. Taken together, the achievement of these and other HBCU graduates demonstrate that these institutions are more than capable of producing graduates who are prepared to lead.

This year has also brought attention to HBCUs as the potential site of athletic excellence. NFL Hall of Famer Deion Sanders sent a jolt through the world of college sports when he announced his intention to coach football at Jackson State University. The excitement continued to grow when former Florida Gator offensive lineman Javonte Gardner jumped ship to join Saunders at JSU. This was followed by the decision of several toplevel high school athletes to revoke their commitment to PWI programs, opting instead for HBCUs. Basketball standout Makur Maker chose Howard University over UCLA and Kentucky. Another high school star, Mikey Williams, went viral on social media with one tweet: “Going to an HBCU wouldn’t be too bad.” Fueled by the “Black Lives Matter” Spring that captured the hearts and minds of citizens around the globe after the murders of Ahmaud Arbury, Breonna Taylor and George Floyd, should this HBCU sports wave continue, it would be a major act of self-determination, redirecting both the attention and revenue generated by Black athletes at PWIs to HBCUs.

The last but perhaps most significant evidence of HBCUs being positioned for a renaissance comes from the recent rounds of philanthropic donations to HBCUs, now totaling $800 million, by MacKenzie Scott. Reflecting on the BLM Spring, Scott described her motivation on her blog at Medium.com: “Life will never stop finding fresh ways to expose inequities in our systems…. What fills me with hope is the thought of what will come if each of us reflects on what we can offer.” Scott, the former wife of billionaire Jeff Bezos of Amazon, is better positioned than most to contribute, and her vision and generosity resulted in investments that will help to correct both the history of unequal opportunity and access in higher education, and the haunting issues of economic inequality as it manifests in access to wealth and investments. Scott’s donations are the largest that some of these HBCUs, such as Prairie View University and Virginia State University, have received in their institutions’’ history.

Taken together, these achievements, movements, and investments have created a wave of new attention and possibility for institutions that have sometimes operated on the margins of this society for a century and a half to make the American Dream possible for millions of Black people who have contributed to every field of endeavor possible. Further, HBCUs serve as the keepers and preserves of African American history and culture for generations to come. Historically Black Colleges and Universities perform incredible work and are deserving of both respect and investment. The possibilities for our collective advancement are limitless.

Next post Decorations, lights and many tears: Christmas in the ICU