Offers message for all generations 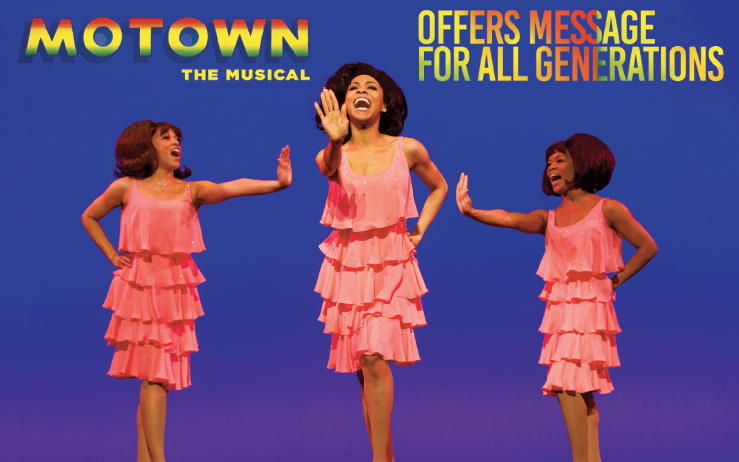 At 28, Martina Sykes is too young to have had a firsthand experience with Motown; however, her parents’ affinity for the music provided her a memorable introduction.

“I think the first time I heard a Motown song, was my parents’ anniversary. I guess they couldn’t find a babysitter for me. My dad sang My Girl to (my mother,)” said Sykes, who plays Mary Wells and Cindy Birdsong of the Supremes in Motown the Musical, which is scheduled to run at the Adrienne Arsht Center from Feb. 2 to Feb. 7.

Although she has never lived in South Florida, Sykes’ ties to the area are strong because her mother, Belinda Sykes, resides in Riviera Beach and other family members “have the whole Jupiter area locked down,” she shared in a telephone interview.

Billed as “the true American dream story of Motown founder Berry Gordy’s journey,” the show chronicles his trek from featherweight boxer to the heavyweight music mogul who launched the careers of Diana Ross, Michael Jackson, Smokey Robinson and many more.

Directed by Charles Randolph-Wright, the play features more than 40 classic hits such as My Girl and Ain’t No Mountain High Enough and tells the story behind the hits as Diana, Smokey, Berry and the whole Motown family fight against the odds to create the soundtrack of change in America. Motown shattered barriers for many of its artists whose music was previously heard by predominantly black audiences. The recording company also shaped the lives of many people whose initial exposure to African-Americans came as a result of listening to Motown’s infectious music.

“One of my most memorable experiences was when we were in St. Louis when they decided not to indict Darren Wilson on the charges of Mike Brown’s murder. To actually feel the tension between the communities and to be able to see the fire from the riots,” was a vivid reminder, she said, “that even though we’ve come a long way since (Motown’s heyday), we still have a long way to go.”

Sykes said she’s looking forward to performing the show in Miami, in part, because it gives her a chance to catch up with relatives like Chief Jimmie Brown, the former Hot 105 host; and others.

She encourages people planning to attend the show to “make sure they’re singing along with us. We love the energy.”