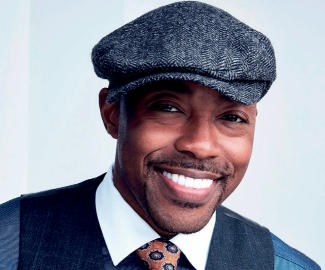 Tallahassee, Fla. – Florida A&M University (FAMU) alumnus and movie mogul Will Packer will kick off the Friday, Oct. 29 Homecoming 2021 festivities with a ribbon-cutting ceremony for the new Performing Arts Amphitheater that will be named in his honor.

Events include broadcasts of ESPN’s “First Take” with Stephen A. Smith; Kevin Hart’s Laugh Out Loud radio show “Straight From The Hart” on SiriusXM; and the recognition of major donors to the university.

“Will has set an example for others to follow and has given back to FAMU in so many ways,” said FAMU President Larry Robinson. “His name on the Performance Arts Amphitheater for the world to see is a ﬁtting tribute to his generosity and commitment to his alma mater.”

Packer, who earned an engineering degree at FAMU, started working on his ﬁrst movie “Chocolate City” with fellow Rattler Rob Hardy while still on campus.

The founder and CEO of Will Packer Productions ﬁlm production company and Will Packer Media, a television, digital and branded content company, Packer said he wants his donation to motivate others to step forward to invest in students at Historically Black Colleges and Universities (HBCUs).

“I’m honored to give back to the institution that has given so much to me and others over the years,” said Packer, who announced the event in a video released Tuesday.

“I hope this accomplishment serves as an inspiration for future generations of FAMUans who will know the success I achieved has its foundations in the same halls, classrooms and dorms where they reside.”

The 8:15 a.m. ribbon-cutting ceremony begins a full day of activities for FAMFEST, which is part of FAMU Homecoming 2021- An Epic Return.

At 10 a.m., Stephen A. Smith, an HBCU grad, and host Molly Qerim Rose will begin broadcasting First Take live from the Amphitheater stage – their ﬁrst onsite show since January 2020.

The two-hour event will run concurrently with the Homecoming Convocation at the Al Lawson Jr. Multipurpose Center and Teaching Gymnasium, which begins at 10:10 a.m. and features comedian/actor Roy Wood Jr. as the keynote speaker.

Following “First Take”, Kevin Hart’s LOL radio show “Straight from the Hart will tape in front of a live audience from the Amphitheater stage, to air the following Tuesday, Nov. 2, on SiriusXM.

The Amphitheater is located on “The Set,” which is the heartbeat of the FAMU student experience.

To see the schedule visit homecomingatfamu.com.

Next post ‘Take Your Loved One to the Doctor’ launches