Black doctors say they face discrimination based on race 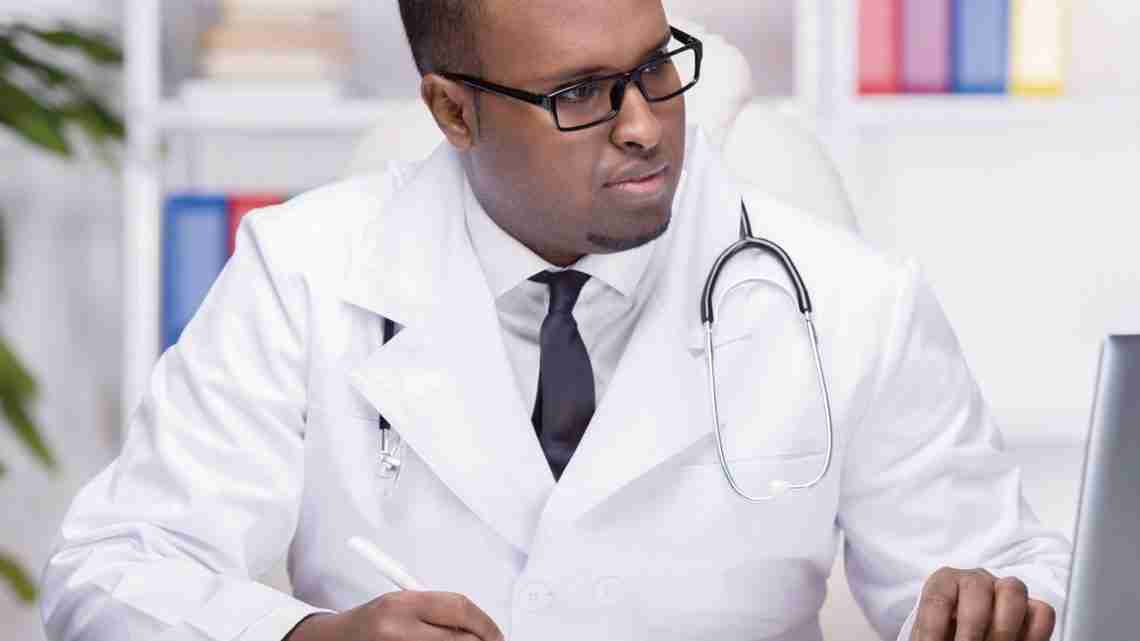 Atlanta (AP) – Dr. Dare Adewumi was thrilled when he was hired to lead the neurosurgery practice at an Atlantaarea hospital near where he grew up. But he says he quickly faced racial discrimination that ultimately led to his ﬁring and has prevented him from getting permanent work elsewhere.

His lawyers and other advocates say he’s not alone, that Black doctors across the country commonly experience discrimination, ranging from microaggressions to career-threatening disciplinary actions. Biases, conscious or not, can become magniﬁed in the ﬁercely competitive hospital environment, they say, and the underrepresentation of Black doctors can discourage them from speaking up.

“Too many of us are worried about retaliation, what happens when you say something,” said Dr. Rachel Villanueva, president of the National Medical Association, which represents Black doctors. “We have scores of doctors that are sending us letters about these same discriminatory practices all the time and seeking our help as an association in ﬁghting that.”

According to the Association of American Medical Colleges, Black doctors made up just 5% of active physicians in the U.S. in 2018, the most recent data available. People who identify as Black alone represent 12.4% of the total U.S. population, according to the 2020 U.S. census. For the 2021-2022 academic year, 8.1% of students enrolled in medical schools identiﬁed as Black alone. The medical school association and the National Medical Association in 2020 announced an initiative to address the scarcity of Black men in medicine _ they made up only 2.9% of 2019-2020 enrolled students.

“We’re trying to put our money where our mouth is on this and our actions where our thoughts are,” he said, acknowledging that, among other things, a shortage of Black physicians contributes to poorer health outcomes for Black patients.

Some Black doctors who believe they’ve been mistreated are speaking out. Adewumi, 39, ﬁled a federal lawsuit in September against Wellstar Medical Group and Wellstar Health Systems alleging employment discrimination based on race.

“If they don’t like him, that’s one thing, but you can’t penalize someone _ according to the law based on race,” his lawyer C.K. Hoffler said. “And that’s the exact thing that happened to Dare. And that’s what many, many highly skilled, highly trained, highly credentialed African American doctors are experiencing in this country.”

Adewumi said some of his surgical decisions were questioned and he was placed on a performance review plan, steps he says were a pretext to push him out. He said he had a previously unblemished record and his white colleagues didn’t face similar scrutiny.

“I’ve worked so hard, done so much to get to this level, and all I really wanted to do was help sick people,” he said. “And here I was having this taken away from me for no reason other than my skin color.”

William Hill, an attorney for Wellstar, said the case is sealed so he’s unable to speak about speciﬁcs.

“Wellstar does not discriminate. Dr. Adewumi has not been the subject of discrimination or unfair treatment. Patient care and safety are Wellstar’s top priorities,” Hill wrote in an email, noting that they have ﬁled a motion to dismiss the lawsuit.

Dr. Stella Safo, an HIV specialist, is among a group of past and present employees at the Arnhold Institute for Global Health at Mount Sinai in New York City who in April 2019 sued alleging sex, age and race discrimination. Some claims have been dismissed but others are moving forward. Safo’s claims focus on alleged gender discrimination, but she said that, as a Black woman, race and gender discrimination are intertwined. Since ﬁling the lawsuit, she’s heard from a lot of people with similar stories.

Adewumi’s allegations don’t surprise her: “It’s what many of us have gone through directly,” she said.

Speaking out has been “terrible,” Safo said, adding that she risked her career and lost friendships. But she’s felt vindicated by changes: The New York City Council last year passed legislation to create an advisory board to examine racial and gender discrimination in hospitals.

A judge sealed Adewumi’s lawsuit and some ﬁlings in the case at the request of Wellstar, which cited conﬁdential information. The following account of what happened comes from an interview with Adewumi and a complaint he ﬁled with the federal Equal Employment Opportunity Commission, which in July granted him permission to sue.

Adewumi signed on in March 2018 to lead neurosurgery services at Wellstar Cobb Hospital in Austell, Georgia. The hospital hadn’t had a neurosurgeon for a decade and referred patients elsewhere, including Wellstar Kennestone Hospital, where Adewumi’s supervisor worked.

As his practice started to flourish, Adewumi felt his supervisor was targeting him “with the intention of undermining my skill as a physician and pushing me out of the group,” the EEOC complaint says.

In November 2018, Adewumi began receiving “letters of inquiry” about surgeries he’d done. These anonymous letters can be submitted by any member of the medical staff or be triggered by a patient complaint. They’re reviewed by the hospital’s medical executive committee.

At ﬁrst, Adewumi said, he didn’t know what the letters were, having never received anything similar. But within eight months, he had received 15, all but one ﬁled by colleagues.

Separate independent reviews requested by the hospital and by Adewumi’s lawyers found that concerns stemmed from differences in opinion about the approach or surgical technique, not patient care standards or safety, according to the EEOC complaint.

In contrast, Adewumi said, he’s aware of at least two cases where white colleagues performed surgeries that were unnecessary or left a patient disﬁgured. He doesn’t believe they received letters of inquiry or were disciplined in any way.

After trying unsuccessfully to mend the relationship with his supervisor, Adewumi said he went up the chain to raise concerns and a hospital system executive suggested it might be better if he resigned. Floored by the suggestion, Adewumi refused to quit.

Wellstar then proposed an “action plan.” It wasn’t meant to be punitive but would help “better integrate” him into the main group of neurosurgeons at Wellstar Kennestone Hospital, he was told.

Several Black doctors in Georgia and elsewhere who spoke to The Associated Press said the hierarchy and competition in hospitals, where surgeons are evaluated and compensated based on productivity, can lead to people being targeted if they aren’t liked or are perceived as professional threats. Racial bias can compound that, they said.