More than $1 billion has been stolen from banks around the world, including the United States,  in what experts believe is the largest breach ever, according to a report by a Russian security firm called Kaspersky Labs. More than 100 banks in 30 countries have been hit. The culprits targeted banks instead of individual accounts for more than two years. The scheme went undetected for years the report said. 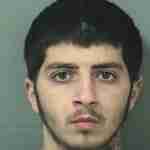 Lucanes Joseph, 65, was shot and killed outside his Delray Beach home as he prepared to leave for work. Police say the motive was robbery and one suspect has been arrested, but others are being sought. Harut Saroyan, 20, of Boynton Beach, is charged with first-degree murder in Joseph’s death.

Palm Beach County will have two more spring training teams. A deal to bring the Houston Astros and Washington Nationals to West Palm Beach has been struck. Florida Gov. Rick Scott supports spending the estimated $135 million to build a stadium and training facility in West Palm Beach. The county’s Roger Dean Stadium in Jupiter is already the spring training site for the St. Louis Cardinals and Miami Marlins.

Ted Pace, 61, of West Palm Beach has been arrested for failing to disclose that he was HIV positive to sexual partners. State law requires full disclosure prior to having sexual relations and Pace is facing three charges in three separate incidents.

Developer Maria Freeman’s Sixth Street Plaza located at Sistrunk Boulevard and Northwest Ninth Avenue has failed. The property has been foreclosed and the Fort Lauderdale Community Redevelopment Agency, which funded the project, is caught up in the legal fight. Freeman has other issues. In an unrelated incident, she is accused of defrauding an Alzheimer’s patient out of two nearby lots in northwest Fort Lauderdale. Stay tuned. 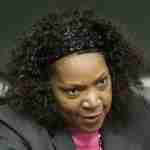 Former state legislator Mandy Dawson has been released from prison, again. Dawson, 58, had been locked up for failing a drug test while on parole over a 2012 public corruption conviction. She has relocated from Fort Lauderdale and now resides in Daytona Beach. This was her fourth prison stint since 2013 for failing to meet the violations of her parole. 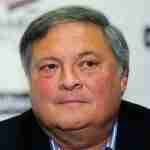 Marlins owner Jeffrey Loria announced the 2017 Major League Baseball All Star game will be played at Marlins’ Park in Miami. The annual game is played at a different ballpark around the country each year and brings millions to the local economy. 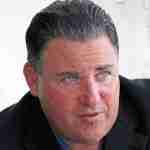 Former Miami Lakes Mayor Michael Pizzi was charged with bribery and corruption, and promptly removed from office by Gov. Rick Scott. The town held a special election, which was won by former Mayor Wayne Slaton. Pizzi later was acquitted of the charges, and asked to be reinstated. But Scott refuses to do so, and Slaton won’t step aside. Pizzi is suing to regain his post through November 2016. It’s a mess.

Florida Commercial Security Service, a Miami-based company, lost a federal discrimination case in 2014 over the firing of an amputee for not wearing his prosthetic arm while working as a driver. A jury awarded Alberto Tarud-Saieh $35,922 in damages. Now, similar cases are popping up where amputees are alleging discrimination. 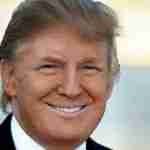 Donald Trump is proposing to assume control of Miami-Dade County’s Crandon Park golf course via a 99-year lease. He will make $10 million in renovations and take over the operations. Crandon Park once had a zoo, but that went away decades ago and now it looks like the public golf course could be no more.

The Federal Aviation Administration is now considering regulating the drone industry. Some of the possible requirements could be licenses to operate drones over populated areas and other conditions. Key West has raised concerns about drones flying over homes and near airports. 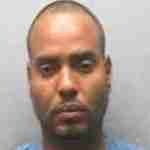 Duglas Hernandez Morel, 33, of Homestead is facing multiple charges including kidnapping and rape. He is accused of forcing a woman into his vehicle and driving to the Keys, where he allegedly raped her several times. The victim convinced him to pull over so she could take her pants off, but she ran to a man who fishing and pleaded for help. The suspect threatened the fisherman with a baseball bat and fled with the victim. A Monroe County Sheriff’s deputy spotted the vehicle in the parking lot of a nearby plaza and saw the suspect raping the victim. He was taken into custody and is being held without bail.