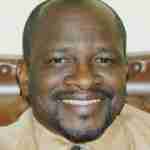 Officials are investigating cases of children being afflicted with muscle weakness and even paralysis after suffering severe respiratory problems. The U.S. Centers for Disease Control and Prevention say the conditions are not polio and they have yet to determine the causes. While the majority of the polio-like cases have been found in children in Colorado, the respiratory condition is oxqccurring in other places around the country.

The midterm elections are less than a month away, but you wouldn’t know it by get out the sorry get out the vote efforts by both major political parties. Consider what is at stake. If the Republicans prevail, they have made no secret of their intentions to impeach President Barack Obama. Don’t worry, they don’t need a reason, they’ll think of something. This could be used as a motivator for Democrats to vote, but nothing. Then there are the Republicans. Not a single idea or plan and here in Florida, Gov. Rick Scott is content to spend millions to tell us imprisoned Ponzi schemer Scott Rothstein is a crook. Considering what at stake, you would think they would have more consideration for voters.

Antonio Calvillo, 47, a suspect wanted in a 1995 murder of a Belle Glade prostitute, has been captured after 20 years on the run. He was taken into custody by Palm Beach County Sheriff’s detectives in San Francisco. The body of Shirley Laseter, 27, was discovered on March 19, 1995, in a field at the corner of State Road 880 and Duda Road in Belle Glade. A sand-filled five-gallon bucket was found near her body and was determined to the weapon that caused her death. Calvillo became a suspect after he was treated for bites to his groin area, which was infected. The doctor contacted police, who questioned Calvillo before he fled to Mexico.

Elleana Austin, 65, has been charged in theft of over $150,000 from Advancement of International Education, a Palm Beach Gardens non-profit organization where she was a bookkeeper since 2009. Police allege she altered documents and mislabeled the books to purchase luxury items for herself for years, including nearly $30,000 at Neiman Marcus.

Sawgrass Mills will hold a massive job fair for retailers at the mall. Hundreds of job are being offered at the Oct. 9 event to get ready for holiday shopping season. it will take place from 10:00 a.m. to 2:00 p.m. Applicants are asked to dress professionally and bring identification. Many companies will be hiring on the spot. Sawgrass Mills is located at 12801 West Sunrise Blvd., in Sunrise.

Steven Dawson, 38, surrendered and is facing a first-degree murder charge in the death of a Pembroke Pines car wash employee. According to police, Dawson arrived at the Chevron car wash located at 1601 North University Drive, and argued with the victim before pulling a gun. The victim fled and was chased on foot by Dawson, who found him hiding inside a car. Dawson then fired several shots before fleeing the scene. The victim died during surgery at a nearby hospital. Book’em Danno!

Yet another shooting took place in Miami leaving children between the ages of 11 to 17 years old wounded. It took place near NW 7th street and 64th Avenue. One of the victims was last reported to be in critical condition. Witnesses said there was multiple people who fired more than 100 shots.

Miami Hurricane quarterback Brad Kaaya is a star. The true freshman now leads all quarterbacks in the Atlantic Coast Conference in passing, touchdowns and pass completions. When he was named the starter over more experienced players, coach Al Golden was criticized for the move. While most of the attention has been on Texas A&M’s Kenny Hill and Florida State’s Jameis Winston, Kaaya is no slouch and could lead the Hurricane back to greatness.

Miami-Dade police are searching for 33-year-old Jorge Borda over the alleged stabbing of his girlfriend while she slept. Borda fled the scene. The girlfriend is recovering, and is facing attempted murder charges. Anyone with information is asked to call Crime Stoppers at (305) 471-8477.

The city of Marathon is continuing negotiations with the firefighters’ union over a new bargaining agreement. The issues are many, but Vice-Mayor Chris Bull and Marathon Fire Rescue Chief John Johnson believe an agreement will be reach before the end of the year. Marathon firefighters earn about $40,000 a year, which is not enough to support them if they live in the city or the Keys. Many work part-time and live on the mainland. City officials want to begin a recruiting campaigned aimed at high school students to expose them to possible firefighter careers.

Juan Cabrera, 20, and Rafael Sanchez, 25, were recently arrested in the thefts of storm shutters stolen from a Key Largo home. The property owners arrived to find the men and confronted them before they drove off. One owner was able to get the tag number of the truck they were driving and later discovered storm shutters were missing. Throughout the Keys there are reports of storm shutters being stolen and are likely being targeted to be sold as scrap metal.

Owning, producing or selling moonshine (whiskey) or equipment used to make it, is illegal in Florida. That didn’t stop Jeremy Carr of Key West from placing his moonshine distillery for sale on Craigslist. He even threw in instructions for using the ‘still’ and making the brew. He quickly got a sale for $375, but the buyers turned out to be undercover agents with the state Division of Alcoholic Beverages. Carr was arrested and charged with possession of the still and alcohol-making materials.