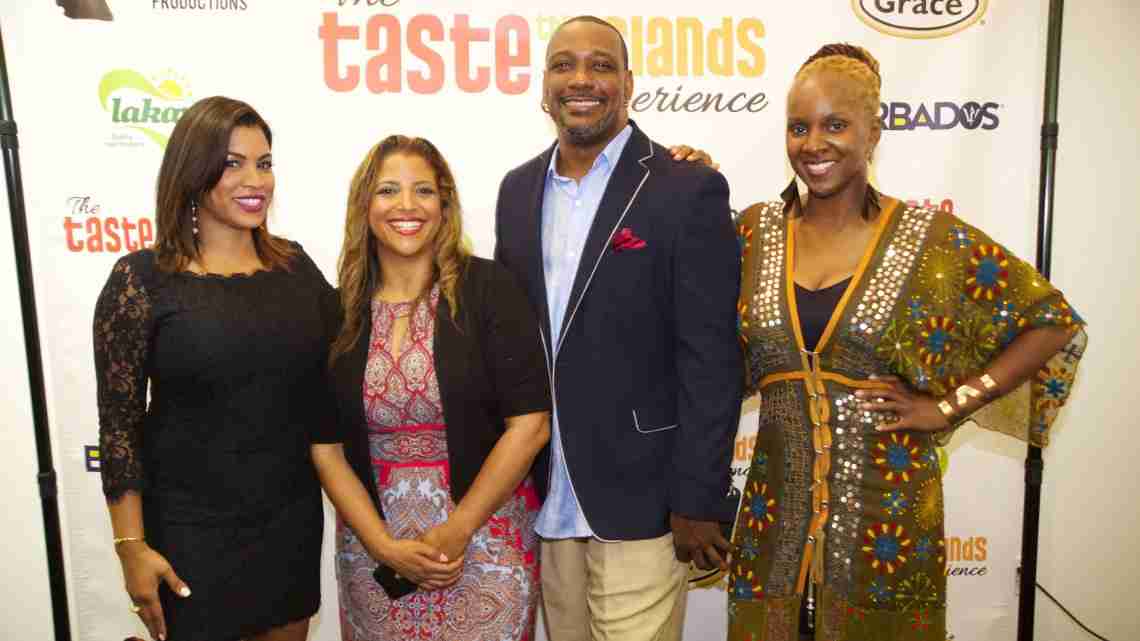 Fort Lauderdale, Fla. – Hundreds of South Floridians experienced an evening of fine Caribbean cuisine on Thursday, June 1 during the “The Taste the Islands Experience.” 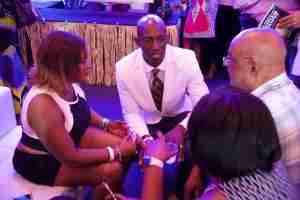 The event celebrated the launch of “Taste the Islands” Season II, a Caribbean culinary and travel series airing on Create TV and public television stations nationwide. The half-hour cooking series featuring Caribbean-themed recipes and travel segments is a family friendly program that provides an opportunity for viewers to learn about the fascinating food and culture of the Caribbean.
The program began with a welcome hour and pageant queens as well as costumed Barbados “Crop Over” players dancing to the music of a steel drum. Guests perused a selection of silent auction items, raising money for Jamaican and Haitian causes through non-profit event partner Food for the Poor, whose executive director Angel Aloma spoke passionately about the organization’s mission later in the evening.
Guests received welcome drinks and were ushered into a lavish room with tropical plants, elegant cocktail tables and intricately carved signage, compliments of luxury interior designer Marsha McDonald of Seacrest Designs and Decor. The appetizers on display were so enticing that anxiously awaiting attendees intercepted servers as they entered the room. 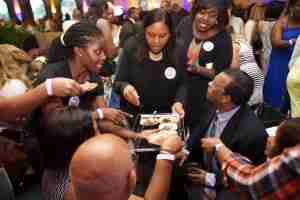 Inside the Sandals sponsored VIP area, guests enjoyed a selection of premium appetizers, complimentary cocktails and lounge seating, as well as massages by Goldson Spine. 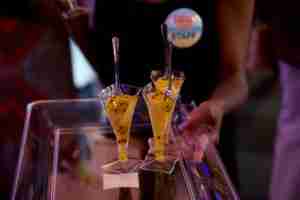 Guests received swag bags including sponsor products and a complimentary copy of Island Origins, which is available free at South Florida events and retail locations throughout the month of June.

Learn more about “Taste the Islands” at www.tastetheislandstv.com.