A pervading sense of injustice consumes the US 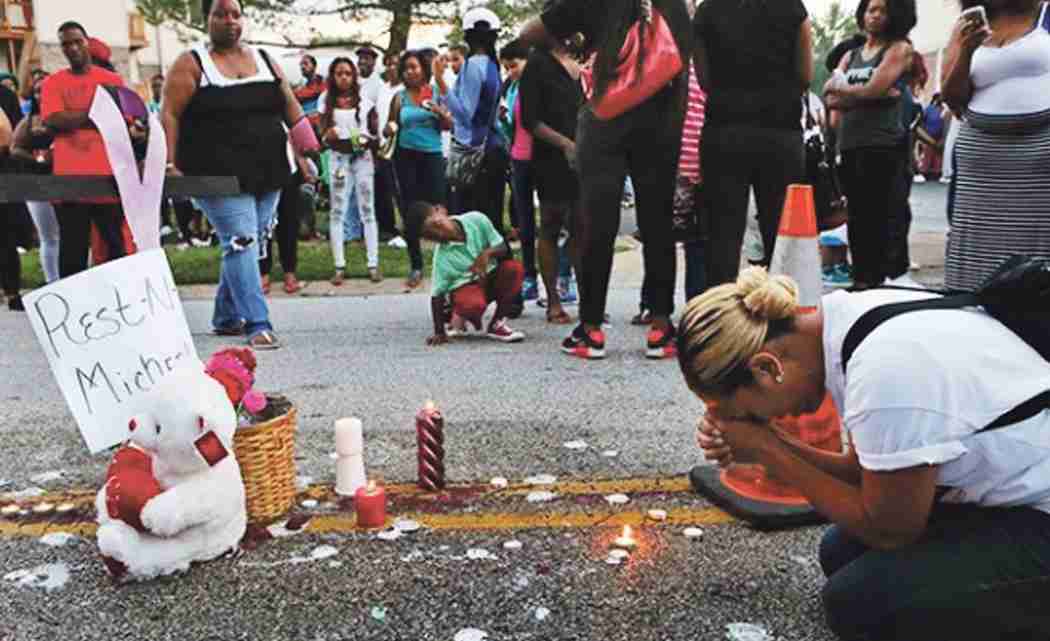 WEST PALM BEACH — Just after the grand jury announcement was made Monday night, Michael Brown’s mother, Lesley McSpadden, could be seen demonstrating raw emotions as it became apparent that there would be no indictment of Darren Wilson, the officer who killed her son. She stood amongst protesters addressing the crowd, then after a brief silence, broke down into hysterics. She was clearly overcome with grief and was inconsolable, the overwhelming emotions of a mother’s greatest pain –the loss of her child and the ensuing pursuit of justice in his death. Then, in unbelievable video, her husband – Michael Brown’s stepfather, was so angry that he shouted to the crowd to burn down the city.

Others didn’t condone the violence, however, particularly in black communities; individuals were also outraged at the decision reached by the grand jury. Leaders in Palm Beach County weighed in on the issue a day following the announcement, and some of them felt the pain of the slain teen’s mother; others would like to see cameras worn by every police officer nationwide, while others want to make an economic dent into the coffers of those who inflict injustice among the black race. Others believe it was none other than a ploy for officials to announce the decision so late into the night. Nonetheless, few seemed surprised by the outcome of the grand jury.

“Somehow, someway, all of the problems in America are because of the black male,” said Michael Brown, former mayor of Riviera Beach and founder of Brown and Associates Law Firm. “I’m tired of it! America should be tired of it. As a lawyer, I’m tired of it –disproportionately stopping and arresting black men,” he said. “My question to the prosecutor would be this: What weapon did Michael Brown have on him?” said Brown, referring to the unarmed teenager. Brown pointed out that in this case, all the stereotypes of black males were interjected and that is cause for concern. “Big, black, angry, demonizing … people ought to be concerned about this,” he said.

Patrick Franklin, president and CEO of the Urban League of Palm Beach County, said it has to get better. “It (the decision) was very disappointing, but not unexpected,” said Franklin. “It seems to be a trend and the inequality of justice is really prevailing here. That’s why we here at the Urban League start with our middle schoolers and high-schoolers – acquainting them with law enforcement. All of our young men are vulnerable,” said Franklin.

Pastor J.R. Thicklin, president and CEO of Destiny By Choice, in West Palm Beach, which addresses domestic violence, said he is outraged and questions the motives of making the announcement after 8 p.m. Central Standard Time, when people are more likely to engage in chaos as a result. “I was very disturbed,” said Thicklin. “We were baited and drawn in! Why did they release this after 9 p.m. (EST)? It’s just a resounding sound of the value of the black male. Black males are born with two strikes: being male and being black,” said Thicklin, who is the father of four sons. “We are guilty until proven innocent!” Thicklin said he’s fed up and believes now that something has to be done. “We have to teach people how to treat us. We need to hurt them economically. We won’t continue to patronize those who don’t value our lives.”

Reverend David Chandler, pastor of New Hope Baptist Church in Riviera Beach, said he is also outraged and wondered why the proceedings weren’t moved to a different county.

Attorney Bryan Boysaw of the Law Offices of Boysaw and Associates in West Palm Beach, says cameras are needed on the bodies of police officers. “The decision was horrifying,” he said. “I have two black boys –16 and 14, and to have a young man killed, murdered—accused of shoplifting at best –yet murdered –it’s horrible. It’s unbearable that this would be considered anything other than murder. We need cameras on all officers. The incidence of violence goes down significantly. Behaviors change when cameras are there. The budget of all police departments should be cameras.”

But although the issue focuses on black males and law enforcement, females are equally outraged and want change. Lyric Allen, 30, said White males are getting away with murder. ‘I am not surprised at the verdict.  The prosecutor is responsible for swaying the jurors’ final decisions.  The prosecutor could have had that officer indicted.  Basically the law is saying: To get away with “cold blooded murder” against the black male, regardless of the evidence and witness, you just have to be a police officer and white.  That’s the picture they are painting.”

Dorothy Lowery, of Delray Beach, is writing to elected officials calling for action. “I am very much against the atrocities being committed against our black males, particularly, the incarceration rate of black youths compared to whites, inequities and disparities in sentencing guidelines as well as the mass killing being perpetrated against them by police officers around this country. I am currently in the process of writing a letter to send to our elective officials to address this very same topic!” she said.

Tracey Graham, founder of Ladies of Futurity, a mentoring group for at-risk girls, agreed that we all have a part to play. “The laws on the books don’t support African Americans,” she said. “The laws are written to incarcerate our kids, but we don’t do anything about it. We don’t get out and vote and change these laws!” “It’s disheartening that in this day and time the life of our young men means nothing.”

Pastor Verona Hagans Matthews of West Palm Beach, brought it around to the pain of a parent. “My heart aches for the Brown family. I can only imagine the heartache they felt, waiting to hear all of this time, whether more measures would be taken through the judicial system in the death of their son. Sadly the conclusion would not bring them any encouragement that further steps toward justice would occur. I cannot imagine facing the death of a child – remembering the son as a baby; remembering the son as he grew up; remembering the son as he lay dead in the street. It is too hard to comprehend!” said Matthews, who once ran for office on the platform of improving the plight of children. She also wrote a book: “Children and Violence A Spiritual Look,” which looks at the violence and death inflicted on children throughout the years, stretching all the way back to Biblical times.  Matthews would like to see the violence end. “I certainly do not have a solution, but a solution is definitely needed.”

Previous post A nail in the coffin of justice