Donald Trump and his bigot-blanket tap into humanity’s worst 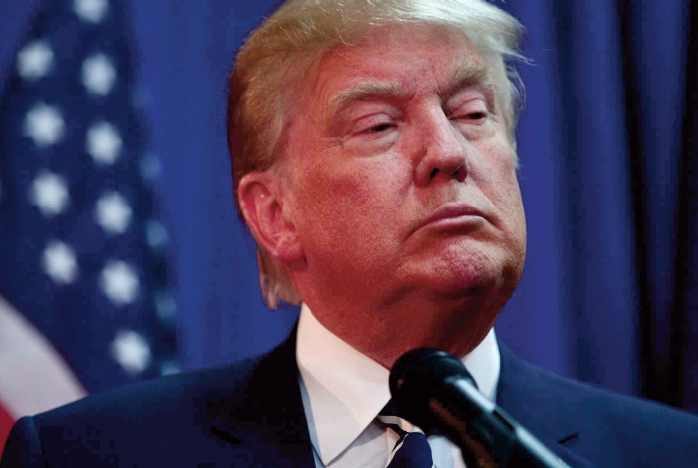 I wanted to make it through the election cycle without mentioning his name but it’s impossible. Donald Trump takes and makes headlines. It is said that he’s connecting with such a multitude of Americans because he says what many of us think. That saddens me because the people he’s attracting are the folks with bigoted, hateful, exclusionary propensities.

Accept it or not, immigrants are the ones who built this country – literally. The good Muslims, the vast majority that the Donald has cast his bigot-blanket to include, are the folks helping us to stop the bad Muslims before they wreak greater havoc. We only hear about the ones that get away with their plots, not the ones that have been stopped with the help of the people Trump is now happy to persecute. If the immigrants that cut his golf course lawns go, if the Muslims that prevent other Muslims from killing us all go, who’s going to help us keep our act together? Trump? News flash: Trump only cares about Trump. Do a search of “the least charitable billionaire” if you don’t believe me.

Like Rush Limbaugh, he taps into the worst parts of human nature. The selfish, childish, obnoxious parts. And while we all indulge ourselves in our inner mean person every now and again in the privacy of our own minds, we usually keep that side of us locked away. When it comes out the result is contention and tumult, not the type of camaraderie that keeps a society and its neighbors in good accord.

With Trump at the helm, it’s the person vocalizing the worst things people think who is leading the charge. Shouldn’t we put him back in the dungeon where we lock all other hateful things and thoughts, and allow the people with level heads to prevail? If we don’t, we’ll devolve into war and contests of machismo.

My vote has not yet been earned by any candidate, but it certainly won’t go to the man who speaks the loudest and taps into the deepest of my fears rather than the brightest of my hopes.

Calibe Thompson is the host and producer of “Island Origins”, airing Mondays at 10:00PM and Tuesdays, Thursdays and Saturdays at 9:00PM on BECON-TV
(Ch 63 / Comcast 19). Visit www.islandoriginstv.com.

Next post ‘Body bags’ haunt my vision at everglades conference