Carey-Shuler honored with roadway in Miami-Dade 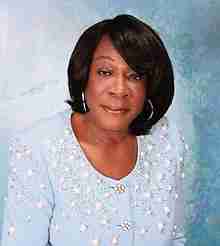 Miami, Fla. – Former longtime Miami-Dade County Commissioner and the ﬁrst Black woman to serve on the board, Dr. Barbara Carey-Shuler will have a roadway named in her honor, paving the way for the younger generation to serve in government and making an impact on people’s lives in the Black community.

County Commissioner Keon Hardemon proposed the resolution which was co-sponsored by each commissioner, some who served with Carey-Shuler and called her a leader and mentor.

She was succeeded by Audrey Emondson and Hardemon won the same seat in 2020 when she was term-limited.

Carey-Shuler co-chaired the election campaign of gubernatorial candidate Bob Graham, who after he was elected in 1978, appointed her the ﬁrst Black female county commissioner to replace Neal Adams who was removed from ofﬁce following a corruption probe.

Carey-Shuler also served on the Miami-Dade County School Board.

She also was instrumental in the revitalization of the shopping center at the northwest corner of N.W. 12th Avenue and 54th Street anchored by Winn Dixie.

The area, which was once occupied by a Zayre shopping store and a popular tailor shop, was in a moribund for years after the 1989 race riot.

Hardemon, an attorney, said Carey-Shuler left her mark on the Black community and the impact is still felt today.

"Her relationship and experience is still evident today," he said. "So many people are playing a part in the district because of her many contributions and leadership. It does me great pleasure to name a street on your behalf because we honor you for such great service."

County Commission Chairman Jose "Pepe" Diaz, who served with Carey-Shula from 2002 to 2005, said he has known her since he previously served on the Sweetwater City Commission.

When he was appointed to the county commission in 2002 to replace Miriam Alonso who was arrested for campaign ﬁnance fraud, he said Carey Shuler took him under her wings.

"She said ‘okay kid, welcome to the mess,’" he said. "She sat me down and taught me a lot. She has done so much great work in the community. She earned my respect and I couldn’t have found a better mentor early in my career than her."

County Commissioner Rebeca Sosa, who also served with Carey-Shuler, called her a great friend who would go out of her way to help her colleagues.

"She’s an incredible professional and an incredible friend," said Sosa, who’s term-limited this year. "She loved to teach, that was in her heart. It was an honor to serve with you and it was a pleasure."

County Commissioner Jean Monestime, who is also term-limited this year, didn’t serve with Carey-Shuler but said she taught him a lot about leadership when she appointed him to an affordable housing committee which made recommendations to the county commission.

"She’s intelligent and you always see her smile," said Monestime, who amended the resolution to extend the street name to N.W. 79th Street in his district. "She’s a powerful individual with grace and she teaches you how to carry yourself. She demonstrates someone who inspires other people and loves to teach and advise. We have learned so much from her."

The love fest for Carey Shula spilled beyond the commission chambers.

One by one, speakers lined up to pay homage to Carey Shula for the work she did in the community.

He calls Carey-Shuler a trailblazer and her efforts and work reflect the ﬁve Black county commissioners sitting on the dais.

"When I see ﬁve Black commissioner’s on the dais today, it makes me feel good because the trailblazers came before us" Bush said. "Our community is making good progress."

Bush said 40 years ago, there were no sidewalks in his community and people were walking on dirt.

He said Carey-Shuler came to the rescue.

"She turned dirt into sidewalks," he said. One Miami-Dade ﬁreﬁghter and paramedic credits Carey-Shula for her career.

She said the opportunities are difﬁcult for a Black woman to become a ﬁreﬁghter but Carey-Shula made it possible with her support and encouragement.

"If it wasn’t for Dr. Baraba CareyShuler, I would be a ﬁreﬁghter-paramedic today," the woman said.

Carey-Shuler, who now lives in West Palm Beach, told county commissioners and the audience she was touched by the honor and felt so loved.

"I served with some of you and you were wonderful colleagues," CareyShuler said. "I’m standing here because I didn’t do all these things by myself. I did those things because of your help.

She said she’s proud of the work Hardemon has done thus far in the district.

"I’m really proud of Keon and thank you," she said. "I am proud of the job you are doing."

"You guys are doing a wonderful job as a team," she said.