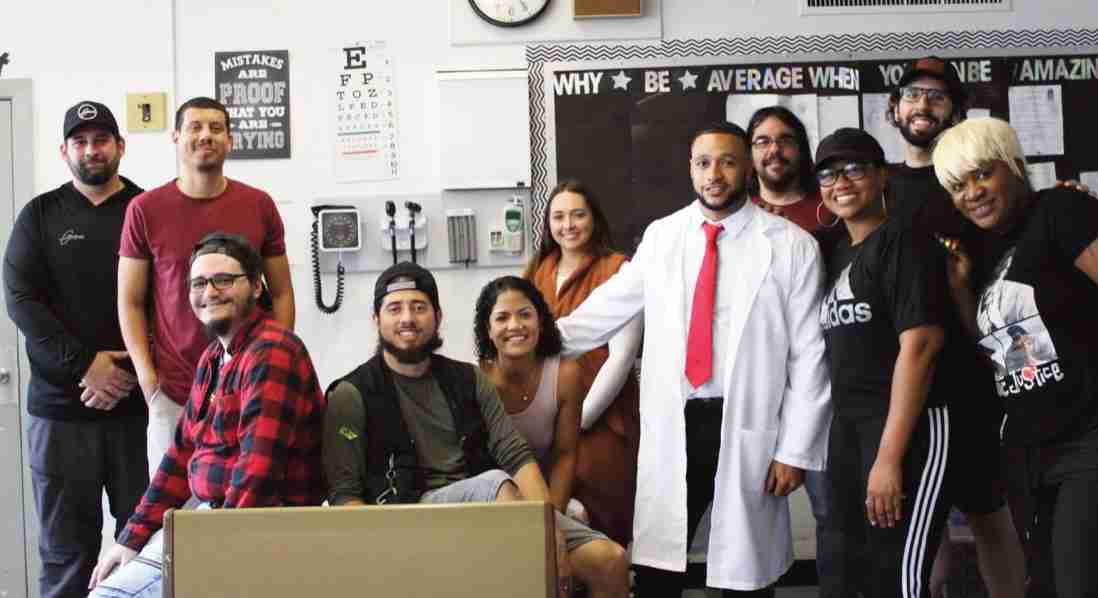 The movie showed Friday at the Movies of Delray in Western Delray Beach, where more than 200 supporters donned high-fashion outfits and high-stepped into the limelight for the premiere of her first feature film, called “ReBirth.”

Writer, producer, director and film owner Aspri Frank of Leionia Free Productions, LLC, said she’s told she’s the first Black female to have her own production company and debut her own feature film in South Florida.

“I’m still taking it all in,” said Frank. “I’m grateful that so many people liked the film.”

The underlying theme of the movie is domestic violence, and it was written several years ago out of a place of reflection for her and a friend.

Now she’s reveling in the glow of what supporters say is well written, well produced and simply displays her gift of writing. Frank did not star in the movie though she says as a child she thought she would be on television in cartoons.

“I’m really rather shy,” Frank said in a telephone interview this week. “I’m a behind the scenes person.”

She took TV Production during high school at Inlet Grove Community High School in Riviera Beach, but started out as a nursing major at Bethune Cookman before switching to elementary education. She’s written several short stories, books and poems but this is her first serious feature film.

She and her mother Mary Woodard, a retired Palm Beach County educator, pulled together all aspects as independent filmmakers. They put up their own money, made their own contacts and phone calls, doing all the leg work, and it has paid off.

“Yes, it was nerve racking! But now that moment is over,” Frank said. “I’m very pleased.”

Mary Woodard says she couldn’t be more proud of her daughter. “She’s been writing since age 10. I’m immensely proud of her. I had three theater rooms Friday and each one was full. This was very special. It was just beautiful!”

Frank’s aunt, Dr. Helena Woodard, an English Literature and writing college professor, says whatever Frank wants, she believes she will get.

“I am amazed. She really has a gift. An internal gift,” said Dr. Woodard, who proofread Frank’s manuscript prior to it hitting the big screen. She says her niece is so conscientious she even cast actors with disabilities, as well as others of various races, creeds and colors.

Frank said she next will be entering “ReBirth” in film festivals and seeking means to get it streaming, which is the way to go these days since many are not flocking back to movie theaters.

And although the movie admittedly was heavy, she said, her next one will be a love story, something lighthearted.

Frank says she’s also planning another premiere, this time at St. John Missionary Baptist Church in inner-city West Palm Beach, where her father, Dr. Charles Woodard, is a minister, and other locals will get to share in the celebration.

Next post Millennial idea: Sports bar to the polls