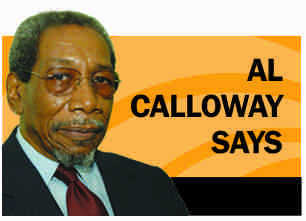 H. Collins Forman Jr., attorney for the Pride of Fort Lauderdale Elks Lodge 652 Joint Management Team described in court, the many-sided case of fraud and malfeasance against the organization as “this is one ugly mess!” At an intersection of Trumpism and Amos and Andy-type finagling, can be found now empty musical chairs for which tortured souls sparred for a chance to fleece a historic black benevolent organization.

On March 8, 2018, a group of people, including some Lodge members, allegedly made an illegal transfer of Title of Elks Lodge 652 property to Sator Investment, LLC for $10 for consideration on transfer of deed – which set-up a contract for $700,000. On the witness stand July 20th, Kevin Eutsey, Managing Partner of Sator said he was given a list of liens and other expenses “from Elks Lodge Exalted Ruler (Eric Ezell) and other members. However, there were hidden mortgages. . ..” About the Title, Eutsey said he was “not told of National Lodge interest.”

Eutsey told the court that he got involved through “several guys (Lodge members) came to me May or June 2017 on the golf course and told me the Lodge was in foreclosure.” Eutsey indicated that in September of 2017 members “told me they were several months behind on the mortgage.” Forman asked what due diligence had Sator provided for his group’s interest and Eutsey said he had hired a Real Estate attorney, but he had no minutes of meetings with Lodge members.

Title insurance for the deal with Fidelity National Title Insurance Company had not been signed; therefore it is not a valid instrument. Sator’s “due diligence” did not pick-up that Elks Lodge 652 had at least three mortgages. Eutsey told the court that Elks Lodge 652 Exalted Ruler Eric Ezell, misled his group by presenting only an $89,000 mortgage to PrinsBank of Prinsburg, Minnesota. However, at closing it was disclosed that PrinsBank had a “hidden mortgage” of $64,000 signed by Roschell J. Franklin.

From 2001 until 2013, Franklin served either as Exalted Ruler or Financial Secretary of Elks Lodge 652. During that period, he sometimes served as both Exalted Ruler and Financial Secretary, simultaneously. At a $700,000 closing, Sator wasn’t about to let $64,000 stop the show and reluctantly retired the additional mortgage. Ah, but wait, James Gibbs, Exalted Ruler before Eric Ezell, filed a mortgage claim for $400,000 – half for him and half for Lodge official, Harry Murphy!

An agitated Kevin Eutsey exclaimed to the court, pointing to Harry Murphy in the audience, “no, Harry put up the money.” Eutsey charged Gibbs with “stealing from the Lodge, then he took out a mortgage for $400,000.” Eutsey named the main Elks Lodge 652 officials and members he has dealt with including Ezell, Murphy, Gibbs and Franklin. Eutsey also dealt with Freddy Scott, Willie Ford, Bobby Bethea, Ralph Rachels and Kern Tomlin in official business capacities.

Eutsey angrily told me that he is going after the Elks National Grand Lodge because of what he considers is a raw deal. Eutsey had earlier told the court that “we had the ok of the State President,” referring to William Sands who, up to this past May, held the position of President, Florida State Association of Lodges and Temples for several years. He was not reelected at the May 2018 Convention in Lake May, Florida.

Now that the Motion to Dismiss Lis Pendens has been resolved and a bond is due in 30 days, this case will light up with accusations, face-saving attempts and probably some perjury. Some Elks Lodge members may also face expulsion and/or other sanctions.