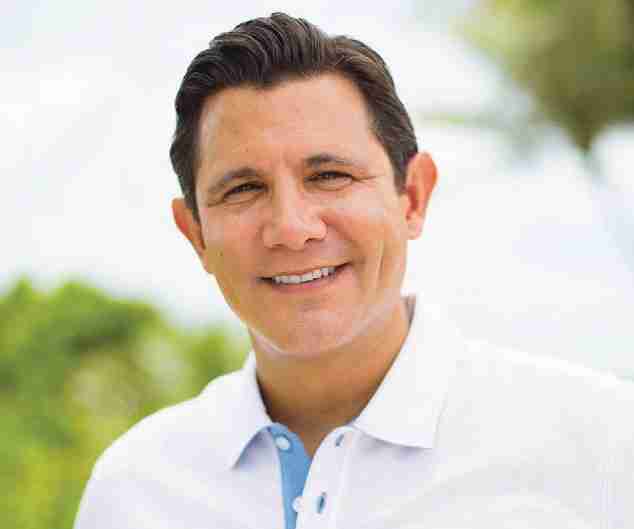 Miami, Fla. – State Sen. Jason Pizzo of Miami, who automatically won another term in political ofﬁce in 2022 by running unopposed, has pledged more than $500,000 in campaign contributions to support fellow Democrats, including several Blacks locally and statewide, in their races.

Pizzo, the wealthy White former prosecutor who defeated former state Sen. Daphney Campbell, who’s Black, for her seat in 2018, said he also will be knocking on doors to campaign on colleagues’ behalf for the Aug. 23 primary and November general elections.

In endorsing Gantt, Pizzo took a verbal swipe at Bush, who’s been in public ofﬁcal since 1992, for being the only Democrat who voted on Florida’s abortion ban after 15 weeks of pregnancy before a Tallashassee judge temporarily blocked before it became law for being unconstitutional, and Gov. Ron DeSantis’ Don’t Say Gay bill which more closely regulates schoolhouse discussions of gender identity and sexual orientation.

With Republicans dominating Tallahassee, Pizzo said he’s hoping the 2022 midterm elections will mark a turning point for Democrats, who are seeking to oust Republican DeSantis, whose biggest challenger is former governor and U.S. Congressman Charlie Crist.

“Now is the time for all of us to do what we can to get real Democrats reelected to the Florida State Senate and House,” he said. “Today, in addition to walking and knocking on doors, I’m pledging $500,000 in contributions that will go towards targeted races throughout the state.”

Outside of South Florida, Pizzo is supporting other Black Democrats including state Sen. Darryl Rouson from Pinellas County, state Rep. Tracie Davis who is running for the Senate seeking to replace term-limited Audrey Gibson of Jacksonville, and state Reps. Michele Rayner and Fentrice Driskell, both from Hillsborough County.

Benjamin, an attorney seeking a second term, is being challenged by fellow Democrat Wancito Francius and political newcomer Pierre Prime, who has no party afﬁliation, for District 108.

Powell, who won the Democratic primary unopposed and is seeking a fourth term, is being challenged in November by Lake Worth Republican Eric Ankner, who also ran unopposed in the primary, for District 30.

Rayner-Goolsby, an attorney, is being challenged by fellow Democrats Wengay Newton from St. Petersburg, and Riverview’s Jesse Philippe. The winner will face Republican Jeremy Brown, also from Riverveiw, in the fall.

Pizzo’s contributions to his fellow Democrats coming down the home stretch of the August Primary can help fund radio, TV and newspaper ads and political rallies in their districts.