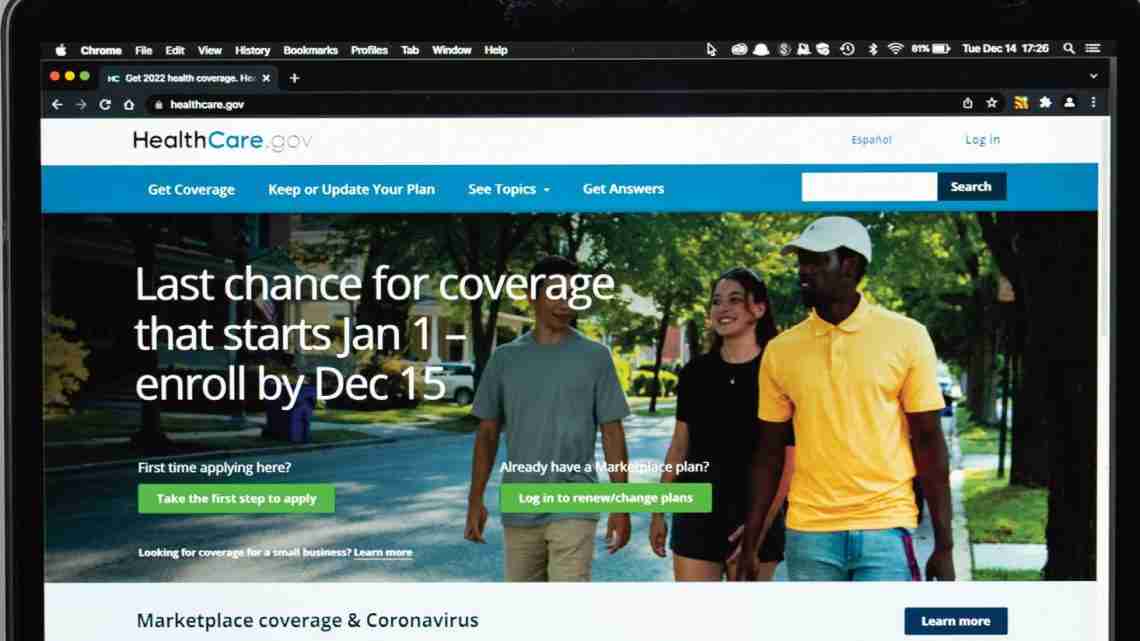 Washington (AP) – Millions of Americans can begin selecting their 2023 health insurance plans on HealthCare.gov on Tuesday, as the Biden administration pushes to keep the number of uninsured Americans at a record low.

Those searching for coverage will largely be shielded from an increase in costs because of the extension of the generous subsidies that began last year as part of Democrats’ $1.9 trillion coronavirus relief law and drove a big increase in enrollment.

The breaks will keep monthly premium payments at $0 or just a few dollars monthly for most people who enroll.

“More and more people are beginning to realize that they can get access to coverage they can afford,” Health and Human Services Secretary Xavier Becerra said Monday.

About 14.5 million people get their health insurance coverage through the Affordable Care Act, the Obama-era law that marks a decade in business.

Most people 92% seeking coverage on the market will have at least three insurers to choose from when selecting plans.

But health care access remains difﬁcult in some areas. At least nine states have one or more counties where only one insurer is selling plans on the ACA marketplace for next year.

The extension of the more generous subsidies, through 2025, “helped avert a situation where there would be sticker shock from signiﬁcant, expected increases,” said Massey Whorley, a principal at health consulting ﬁrm Avalere. “We’re in a status quo affordability environment. We’re looking again for very high enrollment.”

Private plans on the marketplace that previously may have been out of reach for many families suddenly became free with the larger subsidies. For example, a family of four with a yearly income of $69,375 saw its average premium drop from $75 last year to $0 this year, according to data released last week by the Centers for Medicaid and Medicare. Enrollees’ premiums are also capped at 8.5% of their incomes.

Only 8% of Americans were without health insurance as of August, an all-time low, according to the Department of Health and Human Services.

There was a dramatic increase in ACA enrollment this year among Black and Latino people, according to new HHS data. Between 2020 and 2022, the number of Latino enrollees jumped from 1.7 million to 2.6 million while 1.3 million Black people enrolled last year, up from 900,000 the year before.

The boost in enrollment comes as the Biden administration has beefed up spending around navigators who work in local communities across the country to help people sign up for coverage. The administration has poured hundreds of millions of dollars into the effort after the Trump administration, which sought to put a legal end to the Affordable Care Act, whittled down the program.

In Richmond, Va., navigators have already booked up appointments for the next two weeks with people who are ready to meet to discuss their health care options for next year, said Sara Cariano, a lead health insurance navigator at the Virginia Poverty Law Center.

“Plans and options change every year, it’s really important to go in and make sure you’re still enrolled in the plan that’s best for you and your family,” she said.

In Delaware, for example, residents will have more than one health insurer to choose from during the open enrollment period for the ﬁrst time.

Health care experts don’t expect big gains in enrollment during the sign up period this year, which runs through Jan. 15. Enrollees should sign up by Dec. 15 in order to get coverage immediately starting in the new year.

“We’re already at peak enrollment,” said Cynthia Cox the program director for the ACA at the Kaiser Family Foundation. “It’s hard to predict how many more people might come in.”

One small segment of the population may opt into the marketplace, however. Roughly 5 million Americans who were buying unaffordable insurance through an employer-sponsored program were barred from seeking tax breaks on Obamacare’s marketplace. That’s because their eligibility was calculated off the price of the individual plans offered through their employer, instead of more expensive family plans.

The Biden administration’s ﬁx to that rule will allow family members of the worker to seek coverage on the marketplace at a reduced rate this year. The worker will still need to purchase plans through their employer.

That will make calculations complicated for some families during the enrollment period, Whorley said. Families will need to consider if it’s worth buying two separate plans, which may make it more difﬁcult to meet deductibles and out-of-pocket maximums.

“Does that split environment actually leave the family better off? In some circumstances the answer is no,” Whorley said.