The March on Washington 2.0: We must meet to save America 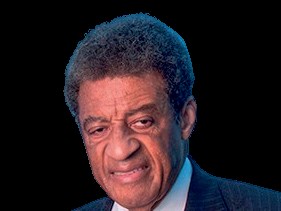 As late August approaches Washington, D.C., something deep in the soul-psyche of millions of African Americans reflexively sweeps history out of its sepia-colored corners and into an annual ritual of remembrance and pride. On August 28th, 250,000 people – mostly black, but certainly not exclusively so — gathered peacefully at the Lincoln Memorial for the 1963 March on Washington for Jobs and Freedom.

Nothing before it had ever remotely equaled its visionary audacity, organization, cultural influence, and political punch at a time when major federal civil rights legislation hung on a promise by a young President John F. Kennedy and a nation teetering on truly becoming a multiracial democracy, or something much less; something much emptier than the soaring pronouncements of America’s founding documents.

Today, as we prepare for a 2021 March on Washington this month on Aug. 28th, we must resist the temptation of nostalgia. We can acknowledge the now famous speeches of the late civil rights giant, Congressman John Lewis, and march founder and organizer, the labor and civil rights lion and icon, A. Philip Randolph. And there is always the indelible imagery and timeless words of the Rev. Martin Luther King, Jr.’s “Dream” that so often, and unfortunately, serves as the Cliff Notes for the entire day of demands and demonstrations.

I remember it all so well. I was there as staff coordinator for the 1963 march, working directly with my mentors Randolph and his chief aide, Bayard Rustin. Now, some six decades later, I am convinced more than at any other time in my long life of activism, that this is not the time to memorialize. It is the time to mobilize.

Our very democracy is at stake. And as President Joe Biden recently underscored in a speech he delivered on the South Lawn: “Without democracy, nothing is possible. With it, everything is.”

Much of a post-President Trump America has been infected, much like it has been with an ever-spreading Covid-19 virus, by an urgent agenda to dismantle the very core of the American experiment in self-governance. Not since the pre-civil rights era has access to the ballot box been so blatantly threatened, particularly for Black and brown and poor voters.

Already, Georgia has enacted some of the most restrictive voting suppression laws in the nation, with Texas soon to follow with its own targeted, draconian measures severely limiting, for example, polling places and hours, and mail-in ballots. Most disturbing are rules that would permit state legislatures to overturn election results on the thinnest suspicion of fraud. In nearly every state in the union, similarly outrageous, anti-democracy provisions are being readied to become law. Voting rights activist Stacey Abrams has referred to this modern tide of mostly race-based disfranchisement as Jim Crow 2.0. I agree.

While African Americans still face some of the same issues that bedeviled us in 1963 – underemployment, police brutality, crime and violence and limited access to health care – the new, Republican-driven movement to overthrow democracy is the issue that must supersede all others.

When we meet again at the Lincoln Memorial this month, this March on Washington must call on the lessons and successes of its origins. Randolph and Rustin well understood the power of a broad-based coalition that was sharply focused on achieving clearly delineated goals. There is little doubt in my mind that the march greatly pressured and influenced President Lyndon B. Johnson to move Congress to pass the Civil Rights Act of 1964, and then the Voting Rights Act of 1965 (tragically gutted in 2013 by a conservative U.S. Supreme Court).

Today’s coalition must not only include civil rights and Hispanic organizations, but also labor, Native Americans, women, the LGBTQ community, religious institutions, educators and, of course, political activists like Abrams and Cliff Albright, co-founder of Black Voters Matter, and political leaders like Rep. Joyce Beatty, chair of the Congressional Black Caucus. We must also work exceedingly hard to bring all the components of this coalition into a massively cohesive whole, much like the way Randolph was able to do in 1963 mostly on the basis of his enormous reputation as a civil rights and labor leader. And yet, I have enormous gratitude to lifelong activists Martin Luther King III and the Rev. Al Sharpton who have principally organized this 58th anniversary of the Great March.

In this light, I am especially encouraged by the coalition building of the Rev. Dr. William J. Barber II of the Poor People’s Campaign who has joined forces with former Texas Rep. Beto O’Rourke.

Both are calling for an end to voter suppression efforts. They are also calling on Congress to put an end to the ﬁlibuster that prevents passage of federal voting rights legislation. It is of paramount importance that this year’s march pushes hard for either an end of the paralyzing ﬁlibuster – another troubling remnant of Jim Crow – or at least a carve out for matters of Constitutional import, of which the vote clearly qualiﬁes.

Free of the ﬁlibuster’s demand for a super majority of 60 votes to pass federal legislation, Democrats could make S1, the For the People Act, law. S1 would create a national baseline for access to the ballot box for all Americans. Such a law would overturn the litany of state-enacted voting suppression efforts. House Democratic Whip Jim Clyburn of South Carolina recently noted that House Democrats are also moving to introduce a revised H.R. 4, also known as the John Lewis Voting Rights and Advancement Act, which, among other things, would restore the preclearance review and clearance of any new voting laws; this was part of the original Voting Rights Act of 1965.

Enacting both measures are, in my estimation, vitally important to protecting how votes are cast and counted. There is nothing more important than achieving this – not even the White House’s commitment to infrastructure.

This is a fundamentally simple proposition: Without the vote, there is no democracy; without democracy, there is no America. We must remember what John Lewis reminds us: “Democracy is not a state. It is an act.”

This month, during this March on Washington in the stony, statuary shadows of both Abraham Lincoln and Dr. King, we must meet to act.

Norman Hill has served as the president of the A. Philip Randolph Institute from 1980 to 2004, the longest tenure in the organization’s history. He remains its president emeritus. Next year, Climbing the Rough Side of the Mountain, a civil rights and labor memoir Hill co-wrote with his wife, lifelong activist Velma Murphy Hill, is scheduled for publication.

Next post Adapting to the ‘new normal’ during the covid pandemic