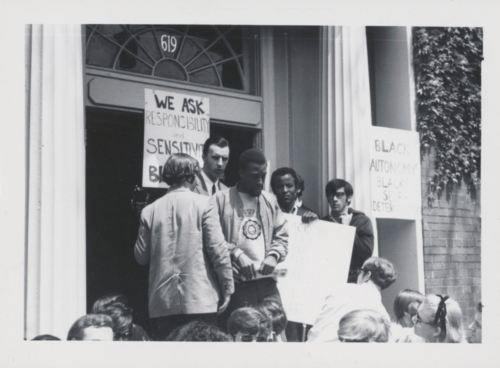 EVANSTON, Ill.(AP) – Northwestern University is celebrating the 50th anniversary of a major protest by African American students. The protest captured national attention and helped spur the school to increase the enrollment of blacks and expand the study of black history. A number of events will take place to commemorate the anniversary of the two-day takeover of Northwestern’s business office by dozens of black students. Among the commemorations will be several involving students who took part in the takeover. One of the events will be a symposium called “Living the Legacy – From Protest to Progress.” Activities starting Thursday will also include such events as the premier of a documentary film about the takeover and a candlelight vigil.

WAYLAND, Mass. (AP) – A Massachusetts high school display celebrating African American history has been defaced with racist graffiti. The Metro West Daily News reports that the N-word was discovered on the Wayland High School display just days after the town celebrated its 50th anniversary in the Metropolitan Council for Education Opportunity. The school district is investigating. METCO is a state desegregation program that buses inner-city minority students to suburban schools. Superintendent Arthur Unobskey says the “hateful words” won’t be tolerated. Principal Allyson Mizoguchi said in a letter to parents that the school needed to work toward becoming a “fully inclusive” community. Students say other racist messages have been written in the school, including a swastika. Police Chief Patrick Swanick says school officials told his department it’s not a hate crime and they’re handling it internally. 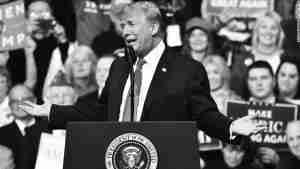 WASHINGTON (AP) – The unemployment rate for black Americans fell to a record low in April, though not necessarily for positive reasons. The jobless rate for African Americans reached 6.6 percent, the lowest level on Labor Department records dating to 1972. Though some of them found work, many others stopped looking for a job and so weren’t categorized as unemployed. The government counts people as unemployed only if they’re actively looking for work. When fewer people seek a job, the unemployment rate often declines. Though it has improved in recent years, the unemployment rate for African Americans remains stubbornly higher than the rates for other racial and ethnic groups. Among age groups, the jobless rate for teenagers fell from to 12.9 percent, the lowest level since 2000. All told, employers added 164,000 jobs in April. The unemployment rate fell to 3.9 percent, the lowest level since December 2000. The data for demographic groups came from a survey of households that is part of the Labor Department’s monthly jobs report. 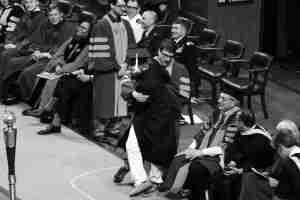 GAINESVILLE, Fla.(AP) – The University of Florida is apologizing to students who complained that an usher was aggressively pushing and grabbing them as they entered the stage during a graduation ceremony. University of Florida President W.Kent Fuchs said on Twitter on Sunday the usher was “inappropriately aggressive in rushing students across the stage.” The Gainesville Sun reports that 21-year-old Oliver Telusma says the usher reached under his arms, picked him up and turned him around when he started to dance onto the stage. Telusma told the newspaper he and other black students wanted to “stroll” across the stage, which is a tradition among historically black fraternities and sororities, and that the usher seemed to be targeting just them. Fuchs said the school has changed its practice for ushering graduating students. 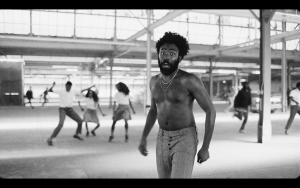 NEWYORK (AP) – Childish Gambino’s “This is America” video tackles racism and gun violence, complete with blood splatter. Gambino is the Grammy-winning alter-ego of Donald Glover. His new video has gotten a lot of attention on social media since its weekend debut. A smiling, shirtless Gambino dances throughout most of the video, but that image is juxtaposed with that of him shooting a hooded black man in the head and gunning down a black choir. He sings: “Yeah, this is America/ Guns in my area/ I got the strap/ I gotta carry `em.” At other points in the song he addresses a black man’s place in the world. At the video’s end, he appears to be chased by a white mob. Glover’s Emmy-winning FX show “Atlanta” has its Season 2 finale Thursday and he plays Lando Calrissian in “Solo: A Star Wars Story,” in theaters on May 25.

Previous post Is America really ‘a nation of laws?’